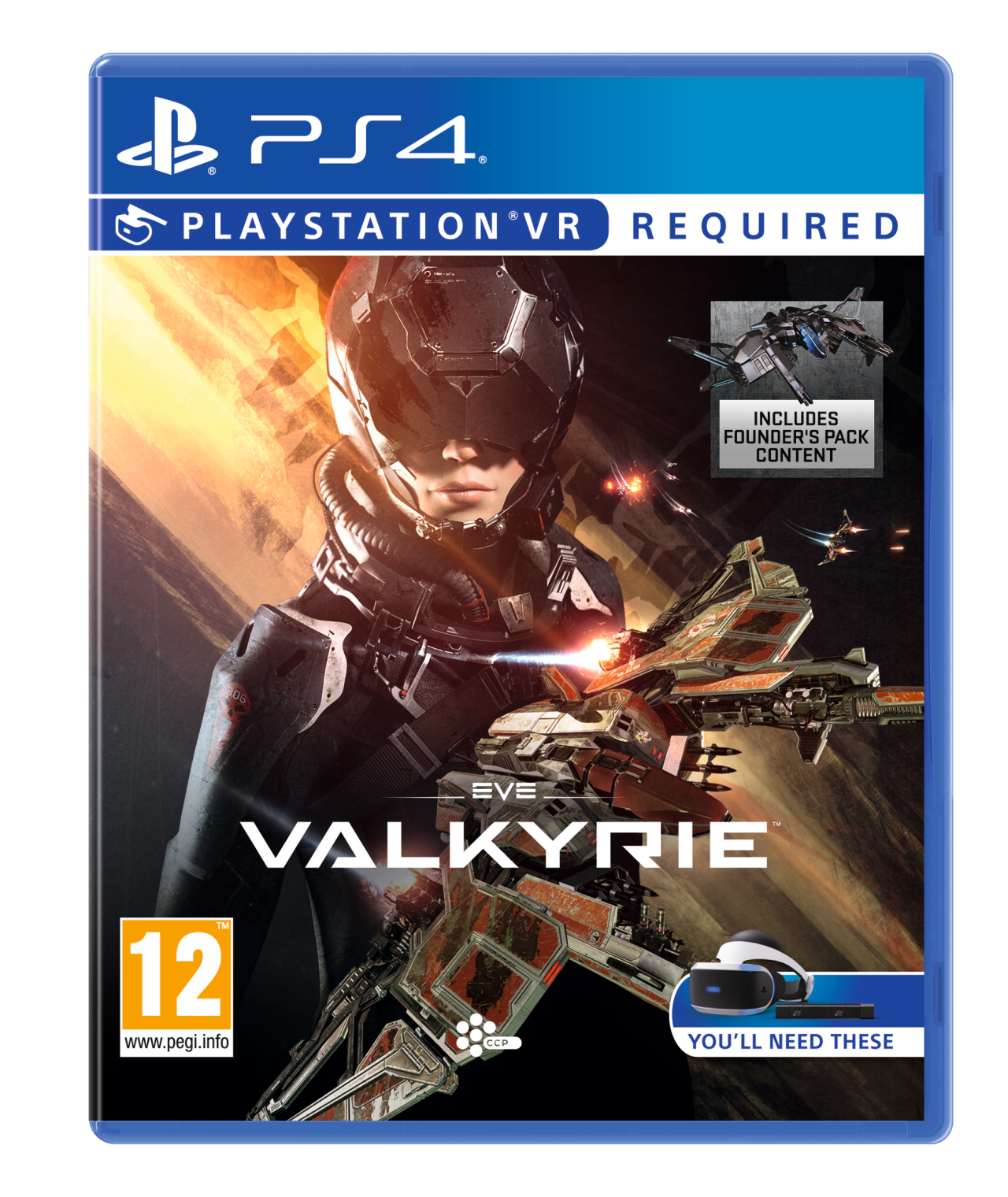 The EVE: Valkyrie PlayStation VR launch day is approaching! So remember, as well as being available on 13 October as a day-one digital download on the PlayStation Store, EVE: Valkyrie will be available in physical, boxed copy format too. So you’ll be able to grab it from your favourite online or high street retailer.

But whether you go digital or boxed, you can be assured that both formats contain EXACTLY THE SAME amazing launch content.

All EVE: Valkyrie PlayStation VR Founder’s Pack content is present and correct in both digital and boxed versions including: Legendary ‘S4 Wraith’ Fighter, PlayStation-only ‘Cobalt’ Flight Suit, Official EVE: Valkyrie Founder’s Avatar, Limited Edition ‘Founder’s Pilot’ Forum Tag on evevalkyrie.com and the all-important War Chest of 2,500 Gold. You’ll also get all the updates so far released since the game’s launch on PC in March, including the exciting Carrier Assault mode.

As you’d expect, we also have loads of great new content in the works which will be released for all owners of EVE: Valkyrie over the next 12 months. The first post-launch update is imminent! So pilots, choose your format and prepare for launch.