Getting a PSVR? Make ‘space’ in your schedule for October 13. 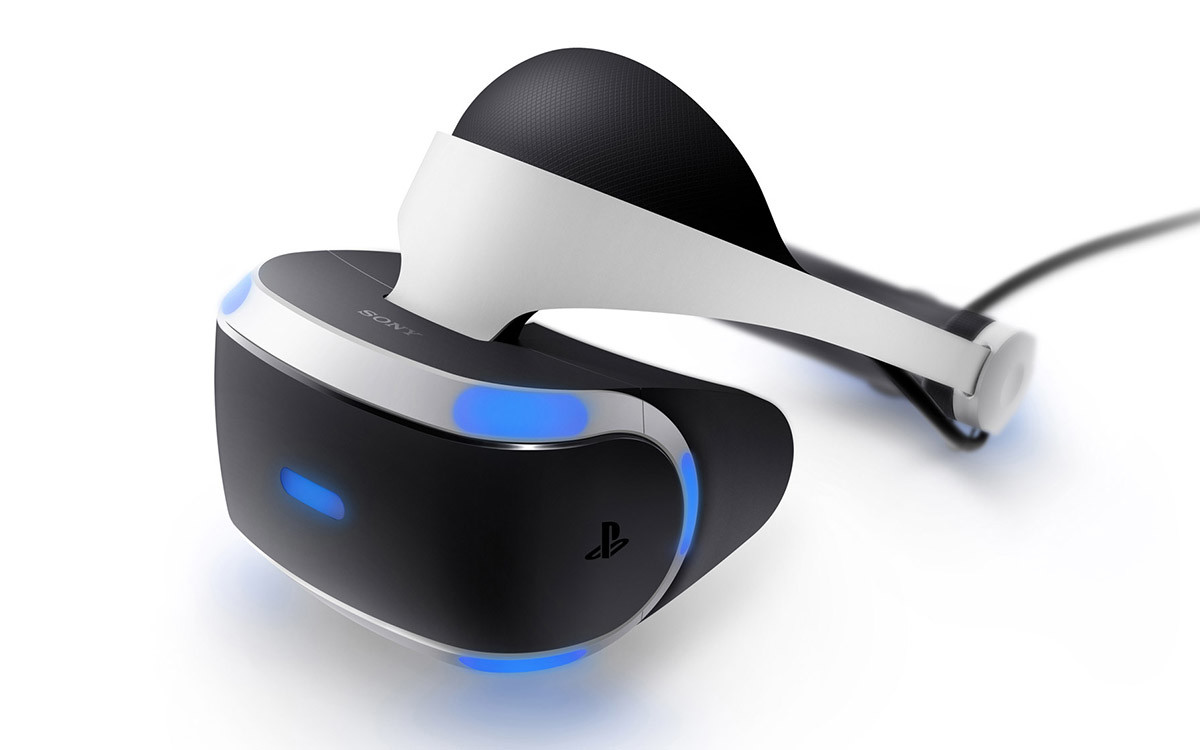 These are exciting times for PlayStation gamers. We are about to enter a new era of console gaming with the arrival, on 13 October, of Sony’s virtual reality platform PlayStation VR. It’s the first, and currently only, virtual reality system available to current generation console gamers. Anyone with even a passing interest in gaming and VR will be aware that at launch PSVR will play host to the platform’s first killer app: the space dogfighter EVE: Valkyrie.

There are countless reasons why the release of Valkyrie will be an amazing moment for PlayStation gamers. Right now, let’s concentrate on four of them.

Can there be anything more thrilling or compelling than the prospect of strapping yourself into a piece of military hardware, blasting into space and engaging in frenetic, explosive battles with enemies bent on your destruction? I think we all know the answer. Whether you’re a cultural observer of mature years, raised on the dream of space travel, a mid-life wannabe inspired by the galactic heroism of the original Star Wars trilogy or part of the new wave of young sci-fi fans with Star Trek reboots as their point of reference, EVE: Valkyrie is such stuff as dreams are made of and it’s available to anyone with a PS4, PSVR and the desire to step outside their gaming comfort zone.

Simplicity is key to Valkyrie’s appeal. Your passport to space warfare involves nothing more complex than plonking your butt down on a chair, placing on your headset and launching yourself into battles where nothing more is demanded of you, at least on a basic level, other than getting a bad guy in your crosshairs and pressing the trigger.

You have three types of ship at your disposal.

The first, fighter class, is by far the most popular craft of choice. These ships have a balance of firepower, agility and resilience making them the perfect all-rounder.

Heavy class features chunky, armored ships with a variety of extremely potent weaponry. Heavies are slow but resilient and a good choice for pilots who want to get into the thick of the action and muscle their way to victory.

Then we have the support class. They are the carers and unsung heroes in any battle. Support ships are incredibly swift and have the ability to heal other players’ craft. But with less powerful weapons and armor, if they are caught in the crossfire, they are liable to suffer a rapid demise.

Many Ways to Play

Introverts and extroverts are equally catered for in Valkyrie.

If playing alone you have four (arguably, five) options. There are training modules that enable you to familiarize yourself with the various craft and control setups presented. As you unlock additional ship classes you will also be given new training modules. The main single-player modes, dubbed Chronicles, look like this:

This is the first and most substantial single-player mode. These stages take the form of virtual missions based on the memories of long dead pilots and serve the purpose of filling in the game’s backstory and familiarizing you further with the gameplay and what you can expect to find when you venture into multi-player territory.

Scout mode enables you to explore all of the game’s maps without the interference of enemy attackers. It’s a great opportunity to get to know the environments you’ll be fighting in, seeking out defensive positions and choke points, learning more about the backstory and collecting some salvage that the developers have generously left behind.

Designed to test your piloting chops to the max, survival missions throw wave after wave of enemies of different ships and classes at you. You can opt to play survival mode on any of Valkyrie’s maps.

A recent addition to EVE: Valkyrie’s single player modes, Test Arena provides a place for new pilots to enjoy a virtual playground in which all the AI enemies present have been ordered not to return fire. As such it’s the perfect opportunity to try out your new moves without fear of getting killed.

Inevitably you will want to experience Valkyrie online alongside fellow pilots and again there are three ways in which you can do so.

The title kind of speaks for itself. This is where you can experience the best in frenetic, seat-of-your-pants dogfighting action. Each team has a pool of pilot clones and each time a player is killed the resource of replacement pilots is depleted by one. It’s up to each team to either wipe out the opposing team’s pool of clones or see out the time limit with more clones remaining than the enemy.

Each map in this objective-based mode features three control points. A team can secure a control point by placing a drone nearby and in doing so will cause the enemy’s pool of clones to deplete more rapidly. The more objectives you secure, the faster the enemy’s resources will drain away.

This is the most elaborate mode in that there are several stages to completion. Each team has to defend its own base, which in this case is a huge carrier ship. First, the enemy carrier’s shields have to be taken out. Once it’s vulnerable, you have to then attack three cooling nodes, which will take down its systems and expose the core. Finally, you have to fly through a trench to the core and attack it until the carrier is destroyed in a monumental and spectacular explosion.

2. The Greatest Story Ever Told

So now you know what to expect from Valkyrie, but what exactly is EVE anyway? For the uninitiated, EVE: Valkyrie is developer and publisher CCP Game’s first foray into virtual reality and it’s a spin-off of their hugely successful MMORPG (massively multi-player online role-playing game) EVE Online.

This epic RPG, first launched in 2003, is enjoyed by hundreds of thousands of players worldwide and enables participants to take on a number of roles – explorers, traders and pirates among others – as they colonize a previously unexplored galaxy known as New Eden. In EVE Online different factions vie for control of resources and while EVE Online and EVE: Valkyrie are not connected in any physical sense, both games occupy the same universe, have a shared history and their fates are very much intertwined.

In EVE Online the emphasis is on the nurturing and development of your character and faction, while in EVE: Valkyrie players finally get to jump into the cockpit of a single fighter craft and experience firsthand what it’s like to be at the sharp end of the battle for New Eden.

If you’ve had any experience of EVE Online the world of Valkyrie will be immediately familiar with ships and structures taken from the factions in the EVE universe including the Gallente Navy, Caldari State, Guristas Pirates and more.

Also great pains have been taken to make Valkyrie just as ambitious and epic as its role-playing stablemate. During the course of your career as a pilot you will encounter huge ships, the largest of which, the Titans, range from 13 to 18 km long.

What’s more, as you explore each of the game’s expansive maps you will doubtless recognize some of the structures contained therein. Check out the Shipyard to discover an enormous facility once owned by the Caldari family but since taken over by pirates, or the Necropolis, a bleak graveyard of ships leftover after the battle of Esmes III.

There’s a universe of fascinating locations to discover and with updates happening on a regular basis, the evolving stories of EVE Online and Valkyrie can only become more tightly woven together.

If PSVR is to be your very first experience of virtual reality, prepare to have your mind well and truly blown. When you climb into the cockpit of your first fighter craft, the Wraith, the sense of immersion is total.

This is down to the unique nature of VR technology and more specifically, the use of head-tracking. These first moments in your fighter’s cockpit are unforgettable as you look around to familiarize yourself with your instrumentation, and the more you look around the more amazing it gets. Looking directly down, for example allows you to see your own torso and legs and if you lean forwards, you can even the see the fabric of your space suit realistically creasing. It’s unsettling, but in a good way. As for being catapulted out of your mothership’s launch tube at high speed… well, it’s a thrill that never gets old.

But head-tracking serves a greater and much more important function than simply enabling you to take in the scenery. CCP have exploited the technology to devastating effect when it comes to your fighter’s weapon systems. Some of the weapons in Valkyrie employ a look-to-lock system. This means you only have to hold the trigger and look at an enemy ship – regardless of your own direction of travel – in order to get a missile lock on them. Then you can simply release the trigger and your missiles will head straight for the visual target. And of course you can do all this while simultaneously picking off other targets with your forward facing primary weapon. The effect is simply breathtaking.

We all love the PlayStation Store and the convenience of digital downloads, right? But there’s something extra special about being able to physically hold your shiny new game once you’ve handed over your hard-earned cash. The great news is that when EVE: Valkyrie launches on PSVR on October 13th you will be able to buy as both a download and a physical retail boxed copy.

Better still, there are even a few added extras for lucky PlayStation gamers coming into the Valkyrie community. The EVE: Valkyrie Founder’s pack includes all the following goodies:

In addition to all that PlayStation-specific loot, all updates to the game released since its launch on PC in March, including the explosive Carrier Assault mode are to be included and as a paid-up Valkyrie pilot you are also entitled to any additional upcoming content for the life of the game.

If all of that isn’t enough to persuade you to dive into the brave new world of PSVR then nothing will.

So on that basis, we look forward to seeing you on October 13th rookie… and welcome to next life.