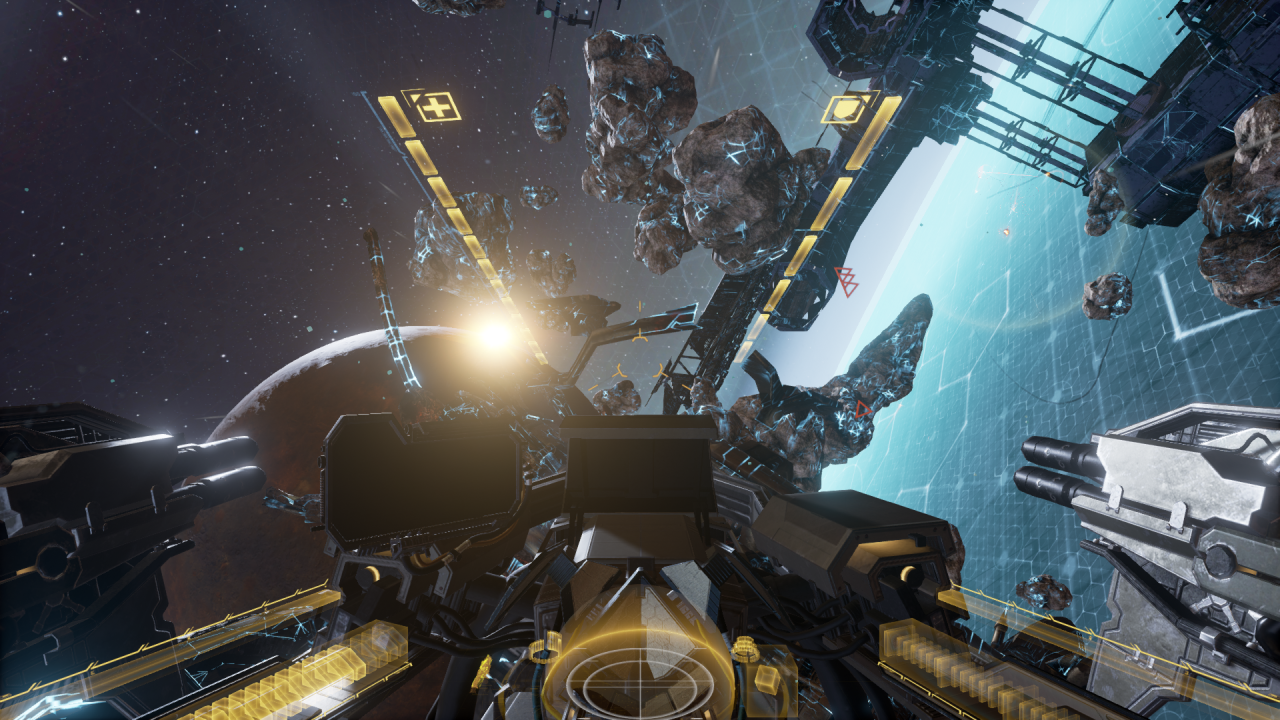 I’m CCP Starbug and I’d like to tell you a bit about the addition of the Test Arena into EVE: Valkyrie - a feature we have created to help ease new players into our game, thanks to pilot feedback on our forums.

Entering multiplayer combat for the first time can be a daunting experience, whether you’re a new pilot learning the ropes, or you’ve acquired a different ship and want to see how it fares in flight and combat. Whatever the case, it’s handy to have a safe space to do a test flight without any pressure.

While we have tutorials for each of the ship classes, these are designed for pilots to complete objectives in a linear manner, using each of the various ships' abilities in isolation. However, this doesn’t accurately demonstrate dogfighting scenarios present in Valkyrie’s multiplayer. This is where Valkyrie’s upcoming Test Arena comes in.

The Test Arena is a virtual environment specifically designed to simulate dogfighting. We’ve pitched two teams of AI flying heavy, support, and fighter classes to endlessly battle against each other. When entering the Test Arena, pilots will find themselves assigned to one of the teams. There are no winning or losing conditions, no time limits and no kill limits, and you can bring any ship you own into the fray to test it out. It’s also possible to freely explore the map (as well as the Valkyrie and Schism carriers) without threat, as you’ll be spared from any enemy attacks - however you’re not invulnerable to collision, so you’ll still have to fly safe!

If you’re trying to get a feel for anything from rates of fire, damage, micro warp drive distances, heal beam effectiveness, or any manner of ability or weapon in Valkyrie without the pressure of performing well in combat against other pilots, then the Test Arena is the perfect place to start.

While the Test Arena doesn’t grant XP, it should be a valuable space to use when testing out your ship’s abilities and flight controls freely, or even just finding how small a gap your ship can be manoeuvred through, all while getting a small taste of Valkyrie’s space dogfighting!

We really hope you enjoy using the Test Arena, and that we’ve made your journey into VR dogfighting even better.

As ever if you have any feedback please let us know on our forums.

See you in space!