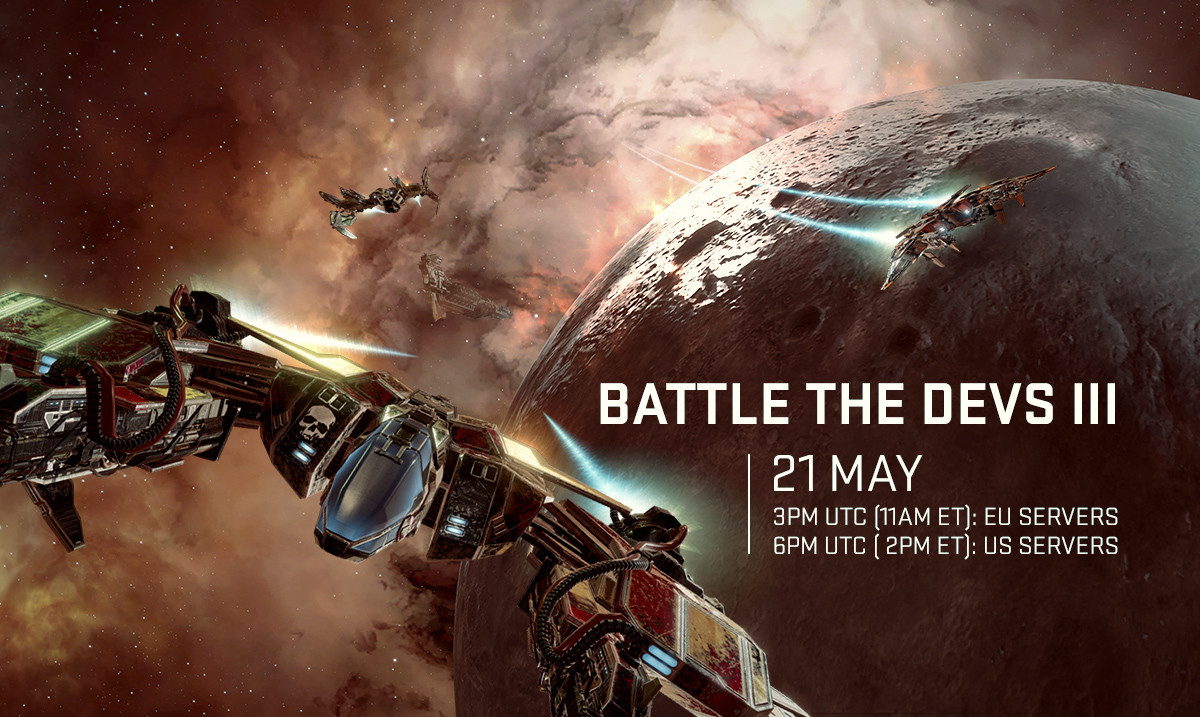 Battle the Devs III will commence on the 21 May starting at 3pm UTC on the EU servers and 6pm UTC on the US servers.

The history of Battle the Devs

For those of you new to the world of EVE: Valkyrie, in January, we decided to test our alpha pilots with a 'Battle the Devs' event and we were overwhelmed with the response, so we brought the event back in February, bigger and better than ever. Now that the community is even more awesome, we figure it's time for a rematch.

The thrill of the hunt

So who will you have a chance of fighting against or with? Our devs will be un-squadded and looking for trouble, including Lead Designer CCP Roo and Level Designer CCP Starbug! (thanks for the feedback regarding wanting two sessions, we hear you!) But let's not make it too easy for you this time. Let us know who you encounter. :wink:

Need some practice? Join our community!

It's been an incredible month for the Valkyrie. Players have not only been honing their skills on the battlefield, they have been becoming legends off it, from giving talks at Fanfest, providing feedback, creating podcasts and running player events.

Don't forget GeneralStargazer is running Tutorial Tuesdays if you want some pointers before the battles, and Wan5 is running the NA vs EU player event hosted by EVE_NT which will be action packed.

As always, we welcome the EVE: Valkyrie community to stream your adventures and if you want to spread hype on social media, follow us on Twitter @EVEValkyrie and tweet with #EVEValkyrie #BattleTheDevs. It's been an absolute privilege to watch the Valkyrie develop over the last few months. We're really looking forward to putting our new pilots to the test against CCP devs worldwide!

Want to tell us who you encounter? We'll be keeping track on the forums.

Last time it was personal. Now it's the thrill of the hunt.