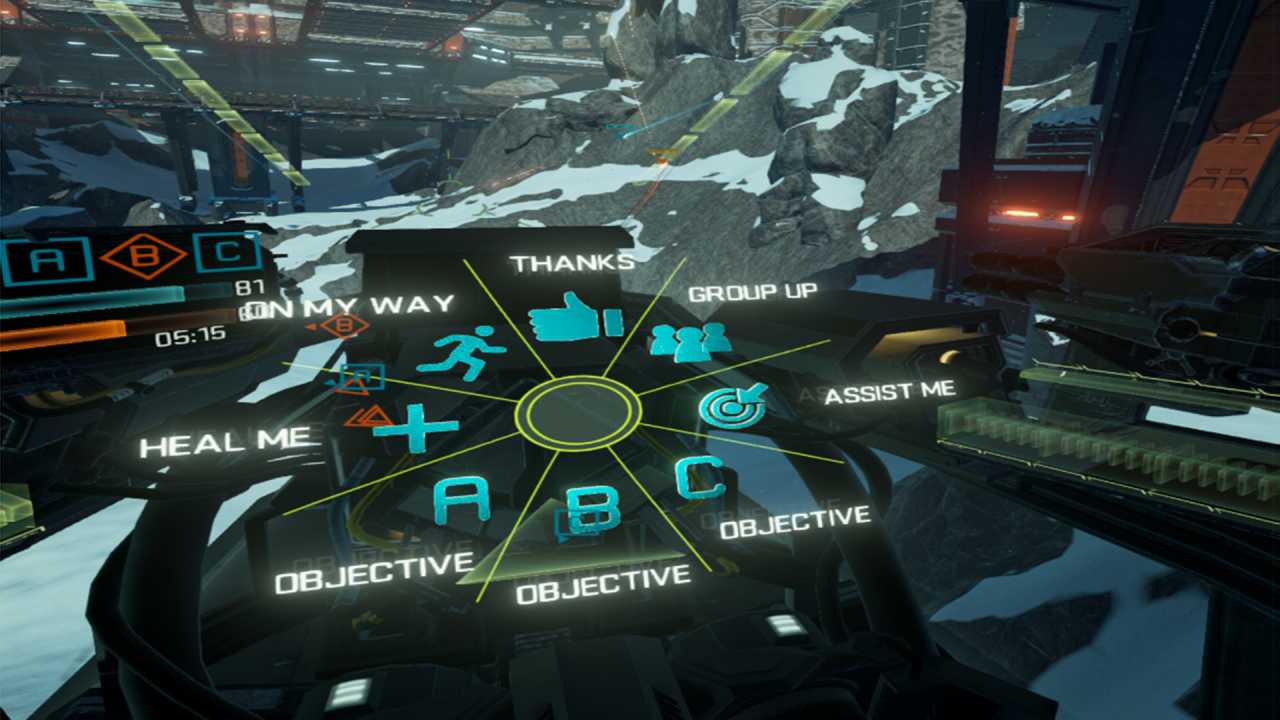 So many new pilots have joined the ranks of the Valkyrie since our Com Alerts feature debuted seven months ago. Since there have been several player-led improvements to the system in the intervening time, we've decided it would be helpful to all our rookies to explain Com Alerts and why they are so crucial to successful team-based play.

What Are Com Alerts?

Com Alerts are a quick and convenient way for players to send standard, pre-configured messages to their teammates in order to improve communication and coordination during squad-based play, whether that’s in regular multiplayer battles or Co-op Vs AI mode. It takes mere moments to issue an alert and once you sent one, all your teammates instantaneously receive an audio and visual message.

How Do I Use Them?

It’s incredibly simple and efficient. You might even say it's super effective.

First press and hold Down on the D-pad to bring up the Com Alerts wheel. It features a ring of icons representing different alerts. Use your right Analogue Stick to select the desired alert, then release the D-pad to issue it. On doing so, a text copy of the message will appear to the right of your cockpit and you will hear a voice issue the order, the voice being specifically tailored to the pilot’s gender. These alerts will be seen and heard by every member of your squad, regardless of the VR platform they are playing on.

If you don’t care for the voice or text messages, you can toggle them on and off by visiting the Tactical Menu (accessed by pausing the game).

If the alert focuses on your own needs (Heal Me, Assist Me, Group Up), the relevant icon will appear above your ship to enable your fellow pilots to more easily locate you.

What do the Alerts Mean? 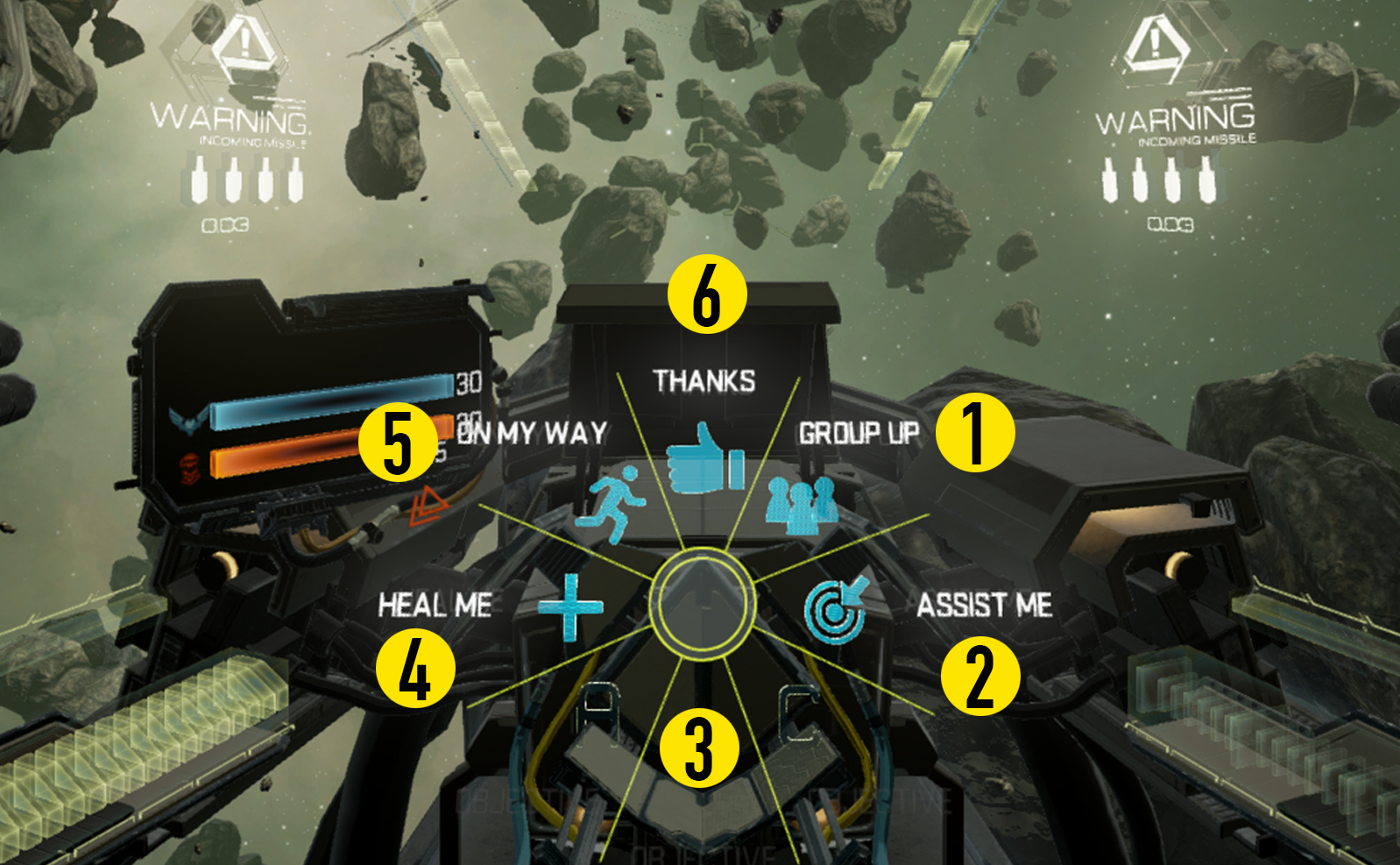 Check out the handy annotated screen above so you know when best to use the alerts.

To be used when the fight has spread out and you need the team to get back into formation.

This is for situations in which you are attacking a target and it's proving a tough nut to crack. More firepower is required.

This quickly informs your fellow pilots that you need help at a specific control point, whether that’s during a Control match or referring to the power relay switches in Carrier Assault.

When you’re taking a beating a push down on the D-pad and left on the stick should sort you out.

Don’t neglect this one. If someone has requested assistance, be sure to let them know you’re coming so they can stick it out until you arrive. In the absence of this message they’ll have to quickly think of alternative options.

Politeness doesn’t cost anything. And who doesn’t like a thumbs-up, after all.

If you want to achieve success in multi-player battles it’s vital that you learn to use the Com Alerts. Good, rapid communication between team mates can mean the difference between success and failure.