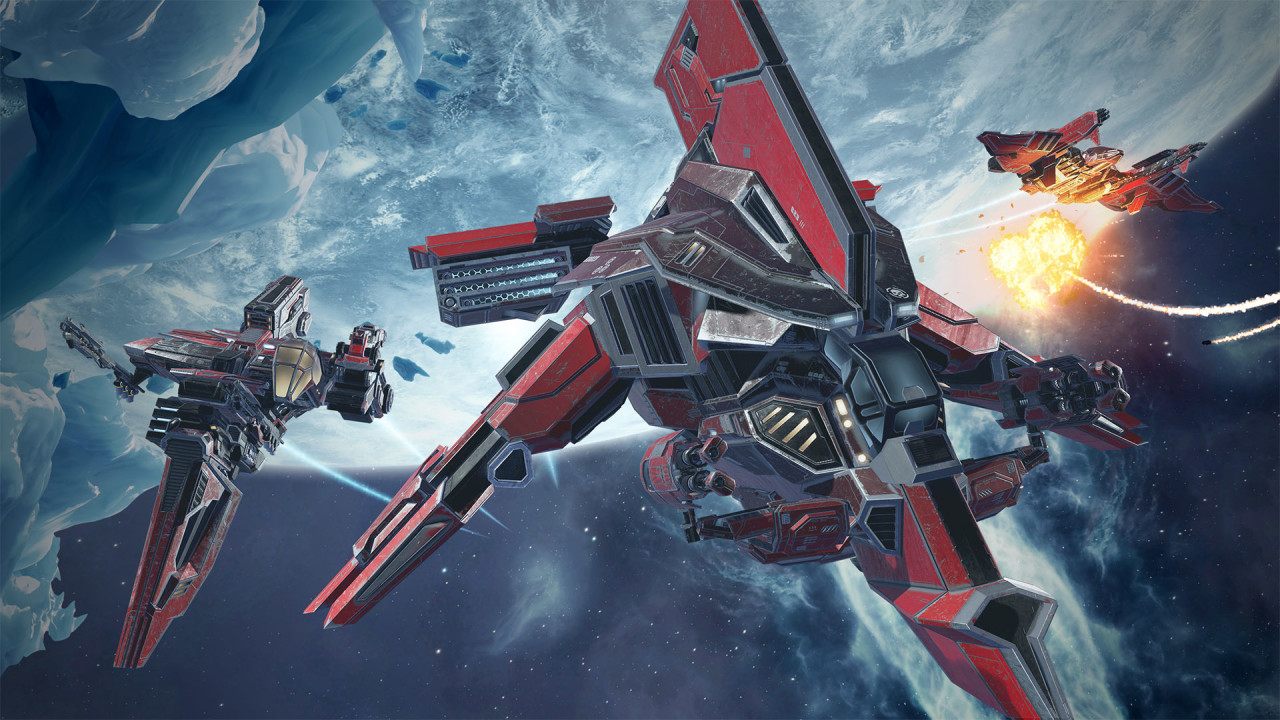 EVE: Valkyrie isn’t just about becoming the greatest pilot in New Eden, although clearly that is the ultimate achievement. The game provides a different experience for every individual who plays it. In a sense you take out of New Eden what you bring to it. So let’s examine the types of people who play EVE: Valkyrie and why they spend their time in New Eden.

These are the players who realized early on in their life as a Valkyrie pilot that one specific class of ship was more appealing to them, or a better fit than the others. Whether it’s the versatile heroics of the fighter pilot, the decisive muscle of a heavy exponent or the nurturing nature of the support operative, specialists hone their skills in a specific area until they are second to none and can turn the tide of any battle they take part in. These determined individuals tend to be very high ranking, so if you’re a regular on this site you’ll doubtless already be familiar with a few of New Eden’s better known specialists. We recently ran a series of ProTips articles on how to take on the new Gateway map using fighters, heavies and support craft, featuring tips from ace pilots GeneralStargazer, Nydwen and Anska. Be sure to click through to them… there’s some great advice in there.

Glory seekers come in many different forms, from the careerists for whom anything less than Rank 50 Fleet Admiral would be deemed abject failure, to those who dip in and out of the game seeking nothing more or less than a quick victory with bragging rights.

The recent release of the new Leagues system alpha feature has provided even more ways to get a glory fix in EVE: Valkyrie. As well as your overall pilot ranking, you now achieve placement in one of four League tables, Diamond being the highest, Emerald the lowest.

The result, rather brilliantly, is that regardless of your ability, initial placement or ambition levels, you can now set your own targets for success and grab a little glory for yourself. You can aim to simply jump up a place or two, maybe target the top of your current league, or go the whole hog and dedicate yourself to getting into the exclusive Diamond League. Our recent article will tell you everything you need to know about the new Leagues alpha feature.

Again, these players come in many forms. Some are merely content to sign up to our forums to take advantage of all the amazing conversations going on there. Announcements, speculative gossip, advice and the opportunity to occasionally speak to the development team, it’s all going on. The more of you that sign up to the forums, the more vibrant the exchanges.

Other pilots take an even more active role in the Valkyrie community, organizing their own events, running their own fansites and streaming their gaming experiences. Twitch.TV and YouTube are both great places to find fan-generated videos and for the best in regular Valkyrie live-streaming scoot over to EVE_NT's schedule page.

Some players find themselves coming to EVE: Valkyrie because it is not their first experience of New Eden and they are hungry for more. CCP Games’ online multi-player epic EVE Online is rapidly approaching its 14th birthday and over that huge span of time, hundreds of thousands of players around the globe have passionately striven to make their mark on the galaxy.

A rich history of lore has built up around New Eden’s many conflicts and this history resonates through other games based in the same universe. If you want to retrospectively find out about all things EVE, take a look at our brief history.

By the very definition of the word, simply playing EVE: Valkyrie makes us all ‘gamers’, but while many are happy simply to play, there is a group of individuals who like to scratch beneath the surface. A group whose wonder doesn’t stop at Valkyrie’s visual splendor, but drives them to find out how the game is built, what is going on behind the curtain, if you like.

It’s these players, often avid multi-system gamers who have watched the gaming industry evolve over many years, who tend to get the most out of our occasional Dev Profiles. In the past we have interviewed members of the Dev team on subjects as diverse as map design, sound design, concept art and balancing Valkyrie’s gameplay.

In truth, few people are of a single gaming type. There’s a lot of crossover, but if you recognize yourself in any, or indeed all, of the descriptions above, be sure to click through to the links provided. We have a wealth of fascinating content covering almost every aspect of Valkyrie’s gameplay and creation.