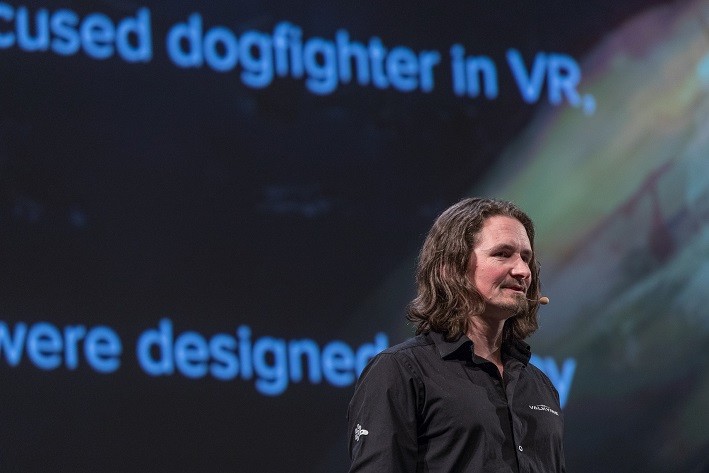 If you didn't manage to catch the live stream yesterday from EVE Fanfest, you can already watch the highlights on twitch.

You can watch the "Assaulting the Senses Presentation" here.

The EVE: Valkyrie Semi-Finals and Finals can be found here at 00.01.19

For the awesome Carrier Assault trailer check it out here.

Some of the highlights (taken from the Fanfest roundup)

EVE Valkyrie had a great start, we already see more than 200,000 ships destroyed in over 8000 matches. We can also see a fantastic community forming (that's you guys!) But this is just the beginning!

The next release (carrier assault mode, a new map, joystick configuration and more) is already in the works with the release plan for June. Together with that we have an open and transparent roadmap and we are working on cross platform play.

Massive congratulations to Invaders on their tournament win. They pick up tickets to EVE Vegas!

Let us know what you thought of the stream, it's never too early to plan for next year.