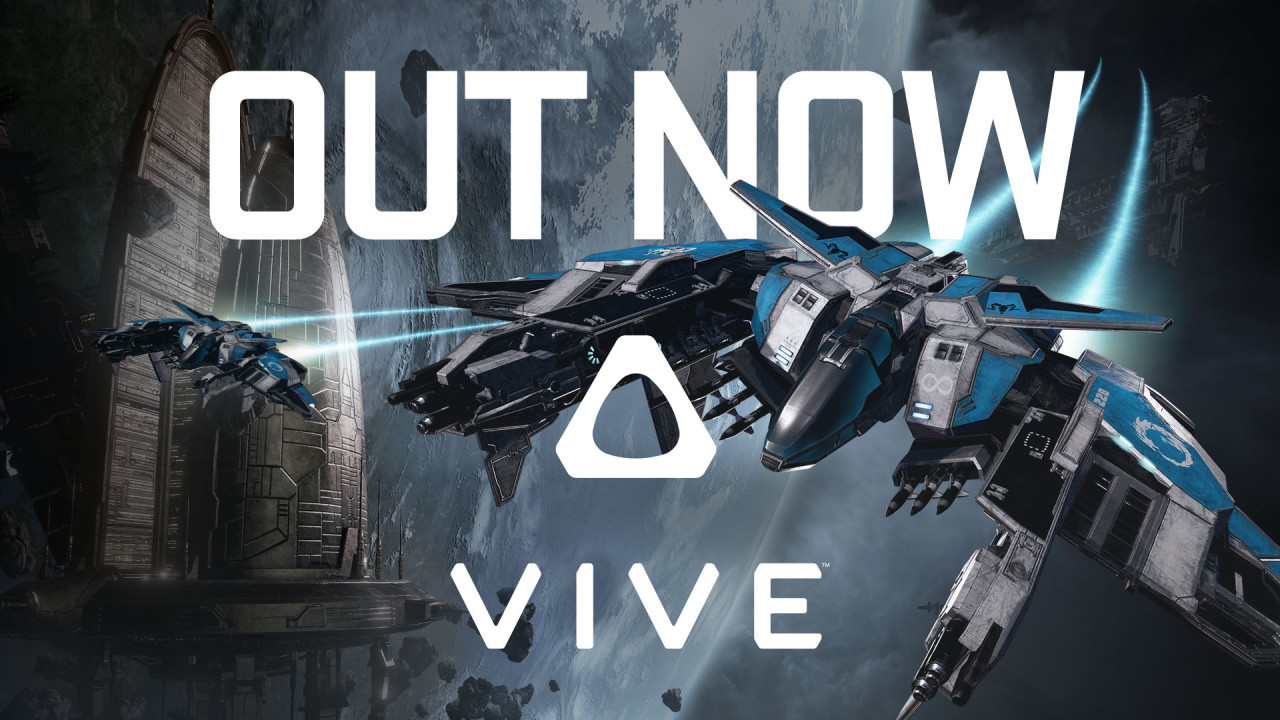 What a time to be alive! EVE: Valkyrie has hit Steam and we can now welcome HTC Vive gamers into the ranks of the Valkyrie. A hearty and pirate-y hello to one and all.

To celebrate the arrival of Valkyrie on its third VR platform we have an exclusive launch trailer so if you have yet to book your place in the New Eden galaxy, you might want to have a watch.

During all the frenetic activity surrounding today’s surprise launch of Valkyrie on Steam, we took a few moments out of the busy schedule to talk to our Senior Brand Manager – Teddy Keefe – to find out how the trailer was created and what it means for prospective Vive pilots.

Hi Teddy. Love the new launch trailer. Thrilling stuff. Can you tell us a bit about the close-up shots of the various helmets at the beginning? How do they fit into the story of the trailer?

The trailer is inspired by the heavily intertwined history of flight and technology. We worked with a great production studio in London called Fire Without Smoke, looking at different ways of expressing the feeling of freedom that flying gives you, and how human ingenuity and hard work has made that possible. Helmets are a crucial component of that – as with anything dangerous or complicated, the basic ‘soft bag of meat’ human form needs a lot of protection!

The other thing about helmets of course is that they look similar to the head-mounted displays (HMDs) we use to play VR games, and both helmets and headsets allow us to enter certain realms – in this case, space and the sky – that would otherwise be inaccessible to humans. It seemed like the perfect metaphor.

Following the build-up, we then get a few tantalizing shots of blistering in-game action. In between the rapid editing is there anything Vive gamers should be looking for as clues to what to expect from their Valkyrie experience?

I think the most important things to look out for are the speed and agility of the combat, which is one of the benefits of playing PvP in virtual reality. You’ve got to watch all directions – even straight up and down – you’ve got to keep track of where everyone is, where they’re going, and where they’re going to be ten seconds from now.

This is a game that’s very unforgiving of mistakes, but also a game that always rewards skill and daring.

He is! It came about when we were discussing voice artists and someone said “what we need is someone who sounds like Rutger Hauer”, then someone else said “well… why don’t we just ask Rutger Hauer?”. So, we did. It turned out he was available and he was interested, and a couple of days later we had the recording in the bag.

Honestly it was a bit of a fanboy moment. Blade Runner and the novel it’s based on have been hugely influential on all forms of science fiction, and Roy Batty’s dying speech, in particular, is perhaps the best expression of what it must be like, to be out in deep space on a tiny craft, man against the universe. As soon as we got the raw audio files back we knew we’d nailed it.

Did you get to meet the man himself, and if so what's the verdict? A big old softy, or bloody terrifying?

Sadly not – we were otherwise engaged the day the VO recording was done… we don’t even have any photos! That moment is lost in time, like tears in rain.

What would be your message to 'day one' Vive Valkyrie pilots?

It’s the same thing we say to all the rookie pilots: don’t forget to look behind you. Flying in combat in EVE: Valkyrie is significantly different to other games you may have played in the past since you have full independent head movement. It’s one of the great things about being in VR. But it does mean you need to keep an eye on your six.

If you are just embarking on your Valkyrie adventure and want to know more about the various aspects of the game, take a look at our recently published intro for Vive gamers.