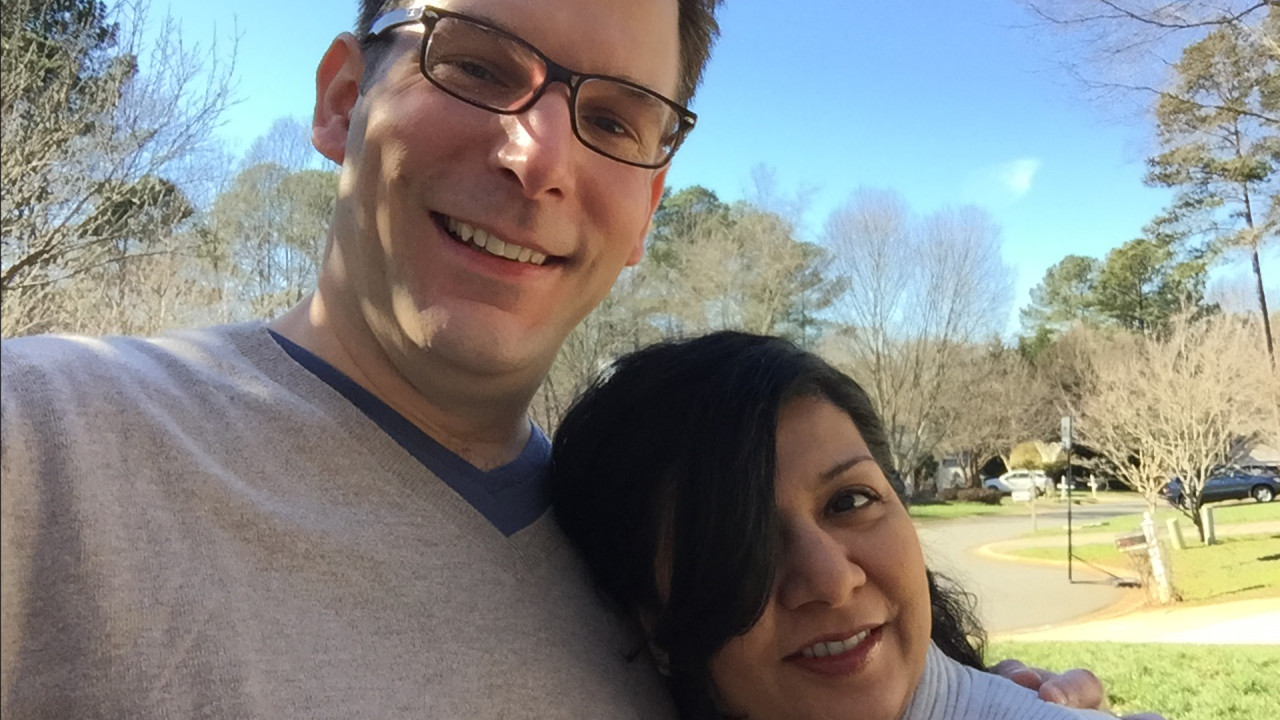 The galaxy we call New Eden has expanded enormously over the past year and now encompasses three VR platforms. In keeping with our tradition of finding out a bit about our pilots we thought we'd turn next to PSVR in seeking out folks who are actively making the EVE: Valkyrie community such a vibrant and rewarding place to inhabit. On this occasion we speak to PSVR pilot and streamer, Shiny.

Hi Shiny, first off, tell us your rank.

Tell us a bit about yourself. What makes everything shiny for Shiny?

I have been married for 17 years now. My wife and I are food and wine enthusiasts, amateur astronomers and both play as many video games as we can. The best nights are going out for a nice dinner, coming home, opening more wine and playing some games together. We've met tons of people, from all over the world, through gaming. I suppose that's probably the best part of gaming for us, a sense of community.

I have been a gamer for all of my life, so I can't give you a favorite game of all time. Let's just say that, as it pertains to EVE: Valkyrie, space combat games have always been a genre that I have loved. I grew up in the age of Star Wars. Every kid my age wanted to fly an X-Wing. Now I get to fly a Dominator in VR and it's better than I could have imagined. You can keep your X-wings.

You’re a PSVR pilot. When did you have your first experience of Valkyrie on PSVR and how did that first launch feel?

As soon as PSVR was announced, I pre-ordered it along with EVE: Valkyrie. EVE and the New Eden universe had always fascinated me but I never really had a good way to get involved with it as a gamer. I am not much of a PC gamer, so EVE Online wasn't an option for me. Plus, I'd never have enough time to dedicate to it. Dust 514, I tried, but it didn't pan out for me. EVE: Valkyrie though, that was the game I had always wanted to play. I had an opportunity to try out PSVR and EVE: Valkyrie a couple of months after I had pre-ordered them both. They were being demonstrated at our local GameStop.

I have a tendency to be speechless when I am excited, or to giggle. Yes, I said giggle… uncontrollably. That first experience with EVE: Valkyrie at a crowded GameStop turned out to be the 'jaw-dropping' speechlessness followed by uncontrolled giggling. Granted, the rest of the customers thought I was nuts, but that's okay. I know the manager and they still allow me to shop there.

What’s your ship class of choice? Tell us a bit about Shiny the Pilot.

The Dominator in the fighter class is my main ship. I can fly some other stuff, but not as well as the Dominator. As for me as a pilot, I can fly pretty well but my aim is terrible. And sometimes I crash, so maybe my flying is a little suspect too. My aim is pretty bad, so I fly the Dominator, because on the rare occasion that I get some shots on target, the Dominator's auto cannons deal a good amount of damage.

I am a social pilot, I like to talk to people and make people laugh. I mix it up on the battlefield a bit and get some kills and take down some carriers, but mostly I end up splattered on Kev's, Nydwen's, Duineuk's and Beans' canopies. That happens in a comical way, frequently.

You’re a streamer. What motivated you to put yourself out there in that way?

I always wanted to get more involved in gaming, maybe even make a career out of it in some way. I thought that career might be possible in writing. Sadly, I realized I couldn't write as well as I had hoped. I tried podcasting but I was far too nervous and awkward doing that. I watched a few streamers that I really loved and brought up the idea of streaming to a friend of mine. It was the perfect idea. We were going to stream together! We went as far as getting all the necessary equipment together and getting our stream presentation and production figured out, then his life circumstances changed and he wasn't able to commit to streaming. The only option was to stream on my own.

Having been diagnosed with anxiety disorder, streaming for me, went from maybe making some sort of career out of it and partnering with a friend to just trying to overcome my anxiety and stream on my own. I am glad I stuck with it. Streaming has been amazing for me. Streaming comes very naturally to me and actually helps me fight my anxiety rather than me having to fight anxiety in order to stream. It's become a way for me to socialize comfortably and meet new people. We've built a small but incredibly fun and supportive community. They're like my family.

Note: You can check out the Everything's Shiny Twitch.TV channel right here.

For the uninitiated, can you give us a brief “How to...” regarding streaming?

There are many ways to stream these days. You can stream directly from the latest generation consoles if you like. But, if you were going to take it seriously, I would recommend getting a PC capable of streaming (that's a second PC in addition to your gaming PC), a good microphone, streaming software like Xsplit or OBS and if you’re planning to stream console games, you are going to need a capture card. I'd recommend an internal one. It puts less stress on your CPU and they are generally easier to set up. Oh, and if you are going to stream VR, you are going to need a co-pilot to read chat to you or a bot to do it for you. My wife isn't able to stream with me often, so I use a bot program to read chat most of the time. I never would have found it or been able to set it up without the help of fellow EVE: Valkyrie streamer and community member, SalsaKetchup.

Do you get involved in the Valkyrie community in other ways?

The EVE: Valkyrie community is definitely the most welcoming and caring gaming community I have ever come across. The pilots that have come before me have been extremely friendly and are always willing to answer questions, offer suggestions and help all pilots. They have set a great example and I hope to do the same for our new pilots.

I try to get involved in the EVE: Valkyrie community as much as I can. I get on the Discord a few times a week. I go to the forums at least once a day and, of course, stream EVE: Valkyrie as much as we can. I would love to get to Fanfest some day. I have brought it up with my wife several times in the past but I wasn't part of EVE: Online and EVE: Valkyrie didn't exist yet. Now that I am a pilot, I may be able to make a better case.

Finally, what possible Valkyrie developments for 2017 have got you amped?

The new Wormhole expansion is really exciting. Another member of our community, Anska, has organized multitwitch streams every Friday, so as a community, we can stream together and show off the weekly Wormhole events. It's fantastic to get together, stream, meet and fly with new pilots.

_Thanks Shiny. Some wonderful insights from an awesome pilot and a streaming lesson thrown in for free. We salute you, Sir! _

If anyone else out there wants to get involved in the EVE: Valkyrie community, a great place to start is over on our official forums.