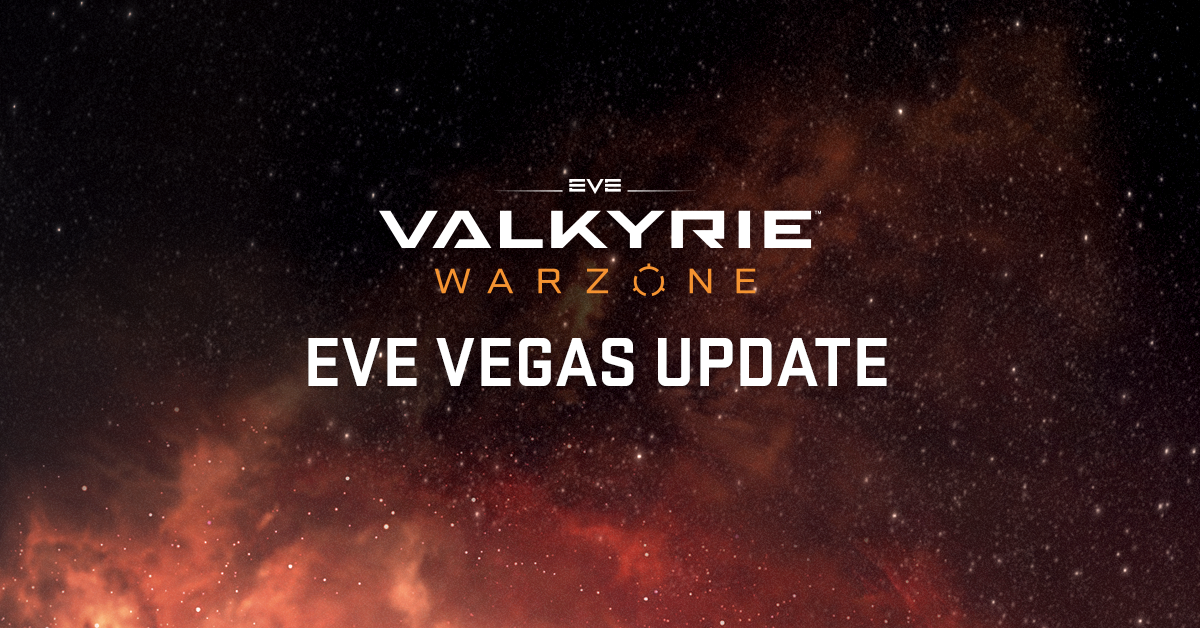 In case it had slipped your notice, the mighty EVE Vegas event is underway at the Linq Hotel and Casino this weekend and while a lot of the glitz and glamor surrounds EVE Online, there are some pretty awesome EVE: Valkyrie things happening too.

The first thing we’d like to draw your attention to is kicking off on Saturday and will be streamed live from Las Vegas via our CCP Twitch channel, and for new Valkyrie pilots it’s going to be a must-watch.

It’s a presentation from EVE: Valkyrie’s lead game designer Andrew Willans. With the release of the Warzone expansion have delivered some incredible new features, and radically improved the core game in terms of quality and accessibility.

This talk will delve into on that journey and provide some insights into bringing Valkyrie to PC and PS4 without the need for a VR headset, radically overhauling a fleet of ships and preparing the game for a new audience using mouse and keyboard.

Above all, the talk will cover how the lore of EVE Online and EVE: Valkyrie connect with one another, as well as peering into the game's future, which will include the introduction of community social tools, something that the EVE Online community utilise beautifully.

If you haven't had a chance to play EVE: Valkyrie yet, Andrew Willans will be on the live stream at 20:30 UTC on sunday to show viewers at home what Warzone is all about.

It’s a great weekend for EVE: Valkyrie players so do please join us!