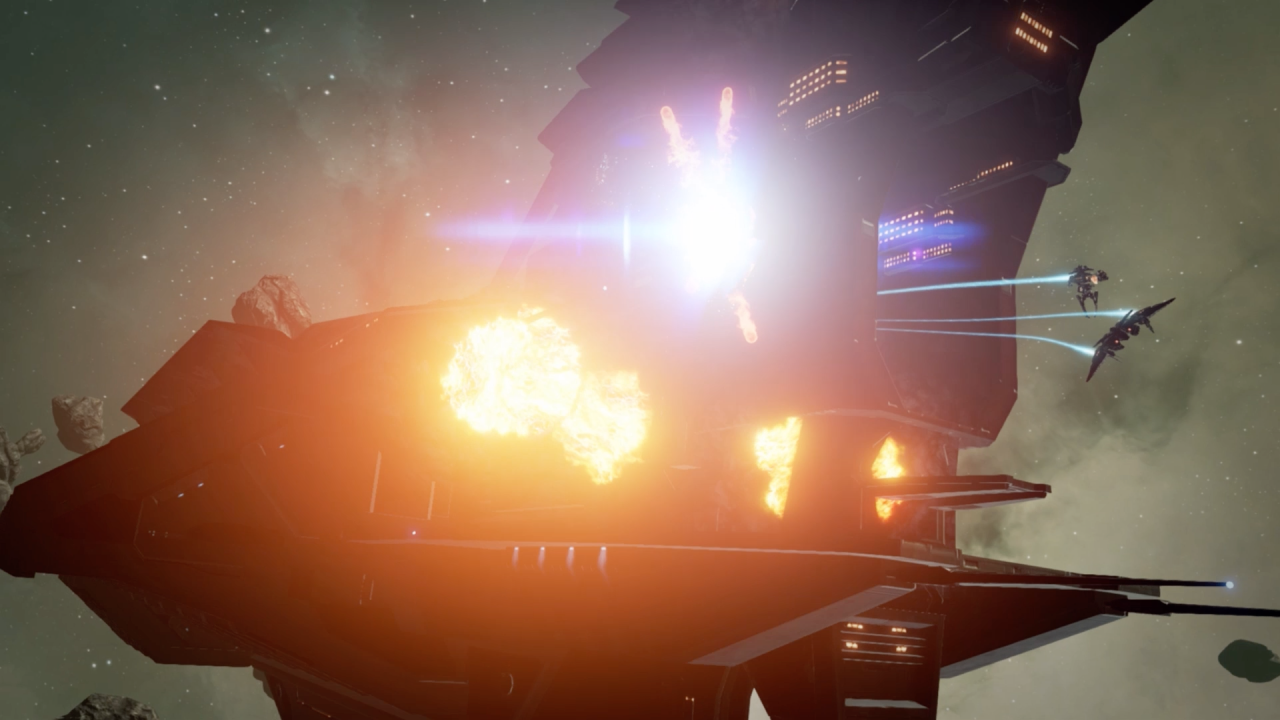 With the anniversary of Carrier Assault having just happened, this is the perfect time to take a look at this mode from a Heavy class viewpoint. We enlisted the mighty battling brain of ace Heavy pilot Nydwen to deliver the ultimate guide to mastering Carrier Assault.

The stage is yours Nydwen.

As is my usual approach, this mini guide will be based on the Flak/Mortar variants of the Heavy class.

It’s fair to say that most of you will already know what takes place in a Carrier Assault mission, but for those who are new to it, Carrier Assault basically consists of three control points (A, B and C). A team has to take control of two of them to unlock the shields of the enemy carrier, at which point the attack/defend phase will begin. Sounds easy, right? What could go wrong?

Carrier Assault can be broken down into three distinct phases which I will run through here. These are control point capture, carrier attack phase and carrier defense phase.

As the game begins, both carriers are at 100% health. In view of this, it’s best to choose whichever point has the strongest defensive features to help us out.

At this point you can take either the Guardian with you for healing support or the Revenant for offensive support.

Which ship you take depends on how confident you and your wingman are securing the area. My preference in this case is the Revenant, as I will normally be somewhere that has plenty of cover to use and the healer can be used to assist any fighters.

Ideally, the Fighters and other Support should be attacking another control point while you secure your target.

As the game progresses and the carrier’s health whittles down, we need to take a look at how the battle is going.

Once our carrier is down to around 40% of nodes left, we should look to control the points that are within warp range of our carrier. This is due to our need to get back to defend quickly. If the fight is going in our favor we can move further away to attack other points. 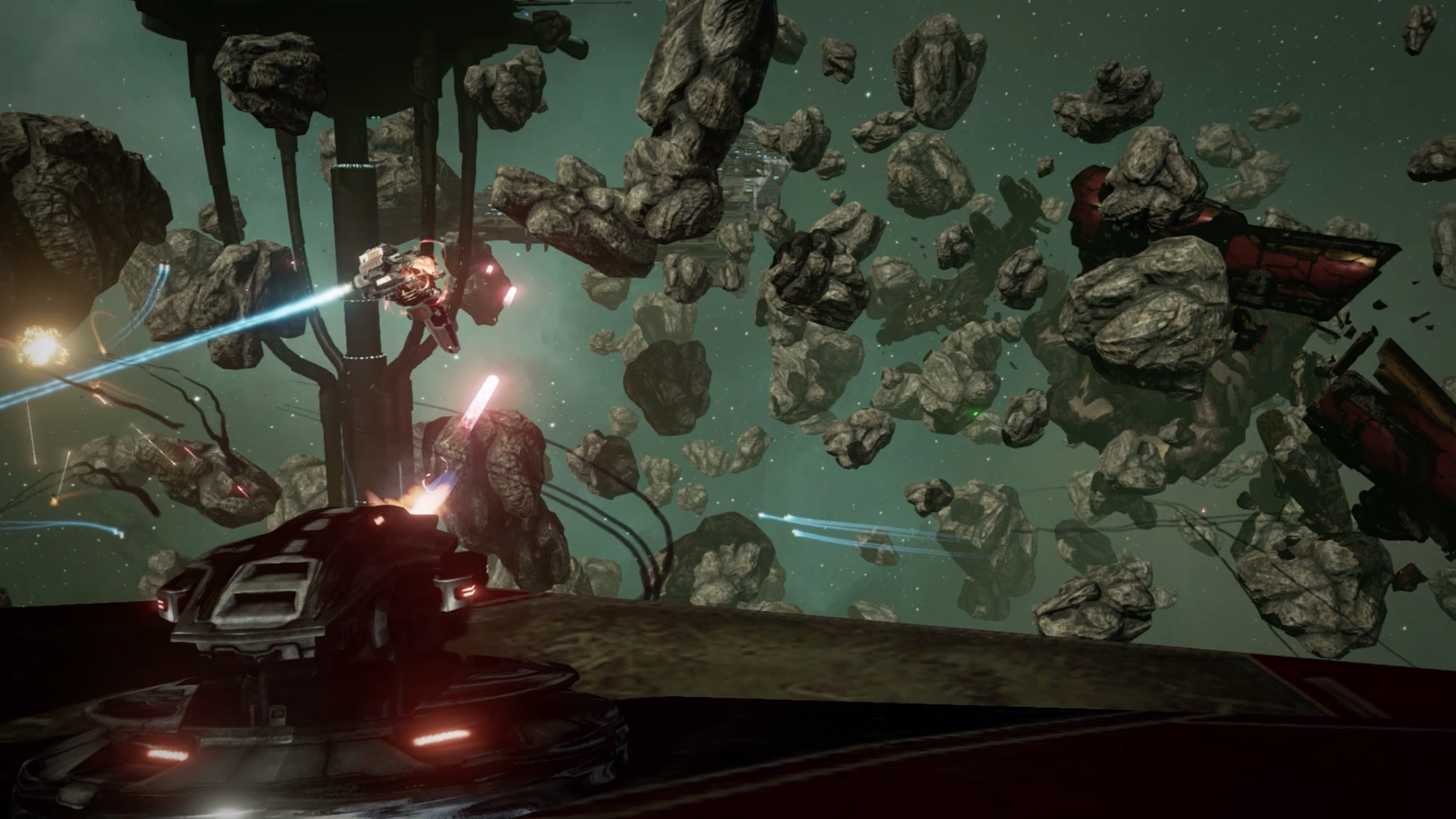 So, your team has captured two control points and the attack phase has begun. Great! But what do we do next?

Once the shields are down, our next job is to attack the nodes. These show up on the carrier as white circular shapes with a hit point percentage displayed.

Additionally, if you look to the left of your cockpit, there is a holographic representation of the carrier along with white dots. Each dot represents a node, which can help when you need to plan a route.

This is a good time to coordinate with your team and assign zones. For example, the Fighters could go to the stern and the Heavy could take on the bridge area.

By assigning these zones, you split up the team, making it harder for the hostiles to all converge at the same point at the same time. This enables you to maximize the damage your team can do.

My ship of choice for attacking nodes is the Maelstrom, although other ships can do the same job, just not as quickly.

The key to attacking is finding a clump of nodes fairly close together, with as few defenders around as possible.

The Maelstrom will one-shot kill any node with a direct hit. You can fly the ship fast and close to the carrier to make it harder for the defending hostiles. Remember to have a route in mind and it is possible to strip a carrier in fairly short time.

When attacking, I also like to make a point of going inside the carrier to destroy all the inner guns, as well as a few outer guns placed in and around the trench. I usually do this while the carrier has a large number of nodes left, as this generally means there are will be no defending craft inside.

Once we get to attacking the core, our job is simply to get inside the trench and wreak havoc.

While it’s tempting to go all-out for the core, if there are a few hostiles inside, you should prioritize those. By clearing the trench, you allow all your team to get inside and apply maximum damage. Remember, you also have the advantage of the walls to aid you and you can use them to apply some heavy damage to your targets. 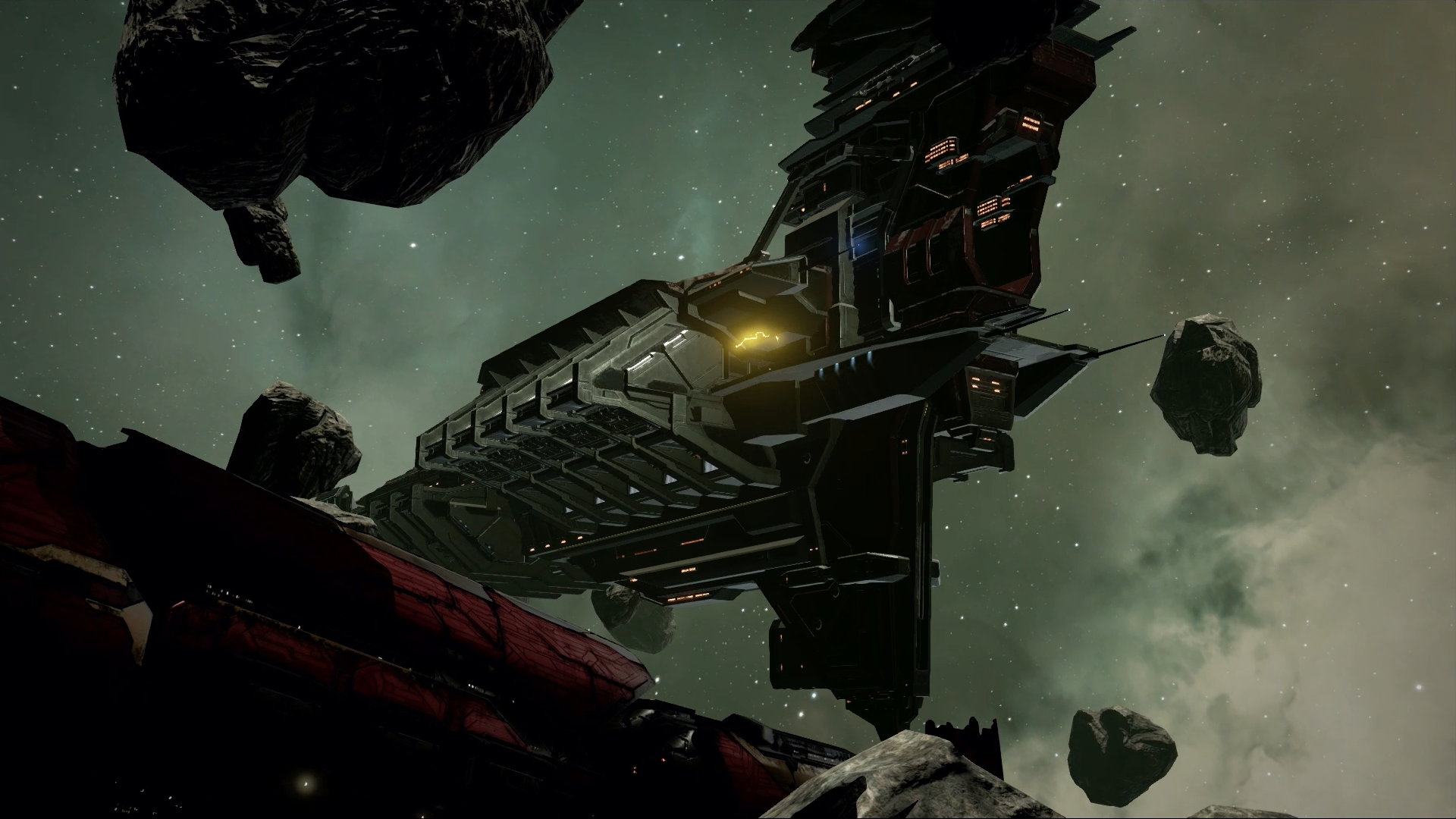 So, the game’s not going so well and it’s our turn to defend our own carrier.  First thing to do is to warp back to the carrier and again spilt the carrier into zones (bridge, mid-section and stern). Assign team members to these areas to provide cover.

As a Heavy, it is tempting to chase an enemy Fighter out of your assigned zone. This is a bad idea for a couple of reasons.

Both Fighters and Supports are vastly faster than us Heavies are. They will simply fly out of range, while at the same time draining your capacitor due to chasing. A Heavy with no capacitor is a dead Heavy, so under no circumstances should you get drawn into this.

Once we are at the defend core point, I always recommend remaining inside the core, hovering right in front of it. The reason for this is that you’re a Heavy. You have the most hit points of all the ships, and by positioning yourself in front of the core, you can absorb some damage that has been aimed for the core, prolonging the amount of time the carrier can stay alive. You’re like a goalkeeper in a soccer match.

Additionally, the trench itself will concentrate the damage onto the targets inside, and you can have a lot of fun in there.

Carrier Assault is probably my favorite mode in EVE: Valkyrie and I have had many great fights in there. Hopefully, after reading this, you will too.

Nice one Nydwen. That should raise the game of any rookie Heavy pilots considerably.

Don’t forget to check out General Stargazer’s Fighter guide and we’ll see you back here tomorrow to learn all about piloting the Supports in Carrier Assault.