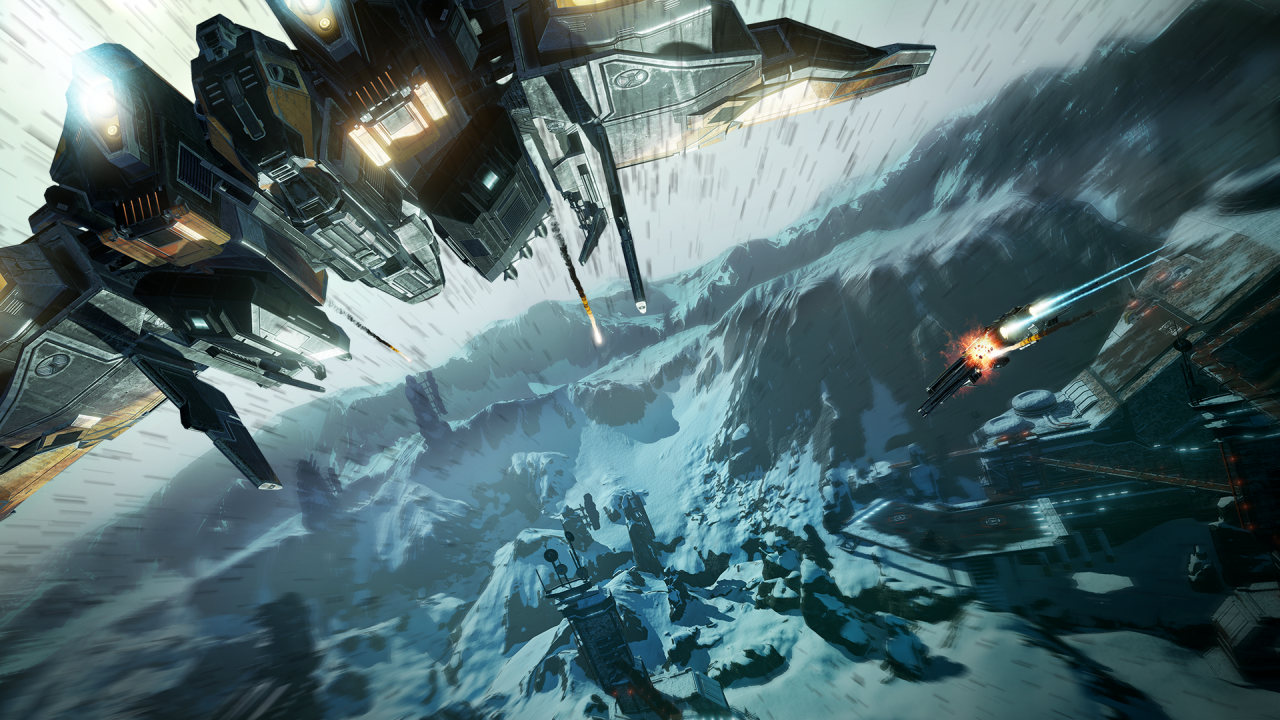 It’s fair to say that EVE: Valkyrie’s new Solitude map is unlike anything we’ve encountered previously. We’ve often been faced with the possibility of death by collision, most commonly by faceplanting into an asteroid (or iceteroid in the case of the Gateway map).

That danger is heightened on Solitude, as you are constantly at risk of splatting yourself on one huge hunk of rock… the planet’s surface itself.

Add to that the complexities of the Solitude base and its network of underground tunnels and you have a very challenging environment.

We’ve already examined how to approach this unforgiving location with the heavy and support class ships. Now, it’s the turn of the fighters. 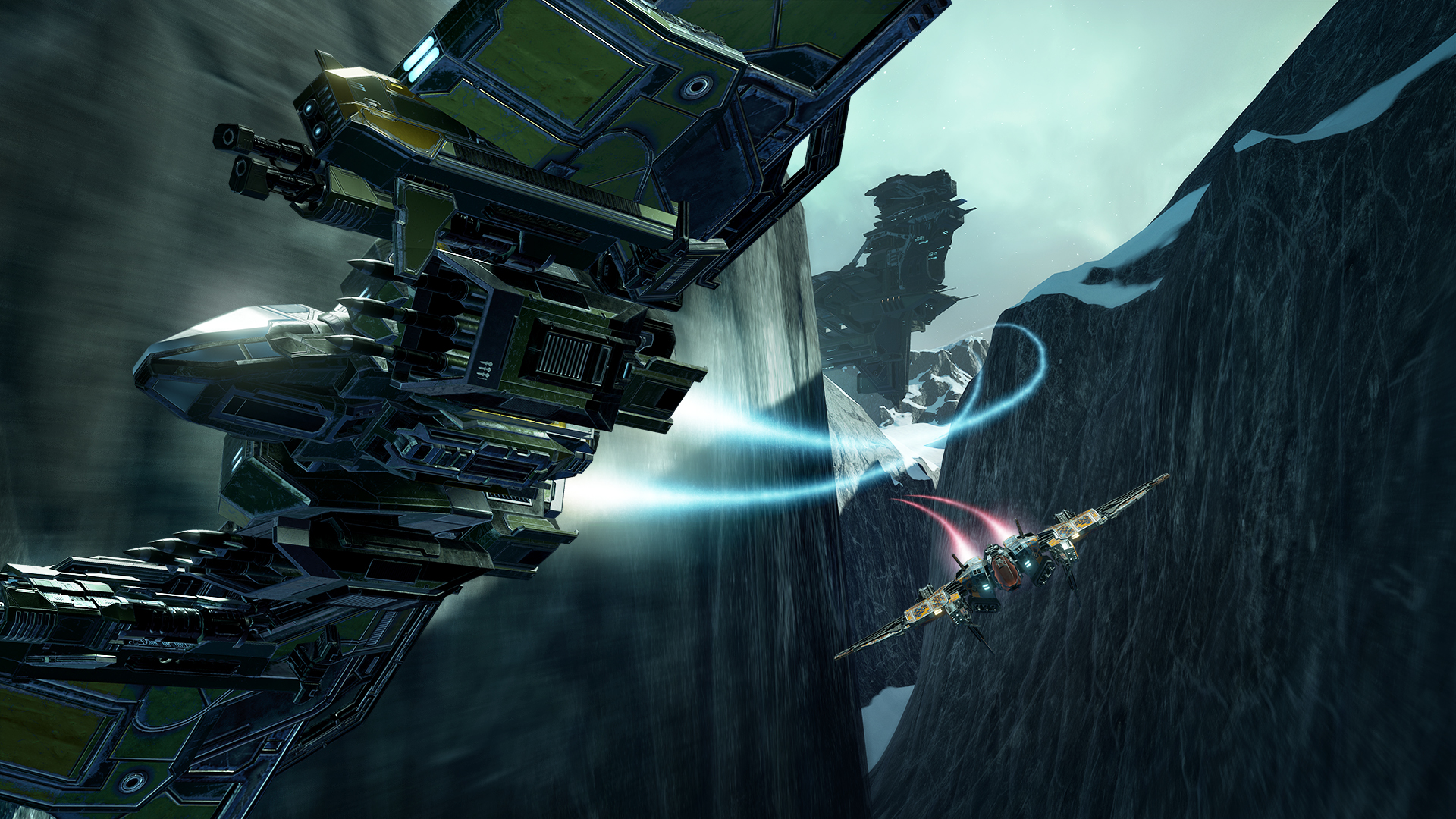 In a control match, the heavies and supports will be heading for control points A and C. Both points are based underground in the tunnel networks, so it’s wise for you to take the role of team leader, assess where the enemy ships are going and inform your teammates to engage accordingly.

If you’re in a Team Deathmatch, you need to dictate the rules of engagement to a degree and a good tactic is to take the fight to the long ravine which runs between point B and the carrier. Chasing through the ravine will, of course, leave you open to more focused damage from the heavies should you get hit. But, on the flip side, your relatively more agile fighter will have a distinct advantage in this enclosed space.

The network of tunnels under the surface of the planet can provide some amazing battle opportunities. Skilled flyers will be able to navigate them well enough, but these claustrophobic spaces carry multiple hazards for a gung-ho fighter pilot.

As already mentioned, any tight space is going to amplify the damage effect of a heavy’s weapons. You'll need to scout the area and liaise with your teammates so you know what you’re getting into.

Also, these tunnels, and more specifically the tunnel entrances, are a dream for the support ships and their pesky mine-laying capabilities. When launching a subterranean assault, approach with caution unless you want a face full of shrapnel.

Out in the Open

If you’re playing in a Team Deathmatch, much of the action is going to take place above ground around the Solitude base itself. There are complex structures here that can be utilized for taking cover and evading missiles without having to resort to your ECM (Electronic Countermeasures). However, that’s the case for all three ship classes so while using cover, as a fighter, you also need to drag the fight out into the open spaces when possible.

The heavies will tend to favor the cover afforded by the main structure, so it’s important you don’t offer them an easy target. That’s why it’s important to get in there and draw them out into more open terrain.

Good teamwork and forward planning can make a real difference on the Solitude map. If you’re playing with friends who are flying support and equipped with spiderbots, this can prove decisive on this map. Solitude can be punishing because of the complex structures, the underground areas and the fact that even if you’re out in the open, you are constantly in danger of hitting the planet’s surface.

Be sure to pre-arrange locations for spiderbot placement with your teammates. If you know beforehand where there are reliable places to get yourself healed, you can take more risks, safe in the knowledge that even if you pick up damage you can dip into the warm embrace of a spiderbot cloud and rejoin the fight.

Have fun out there with the fighters.