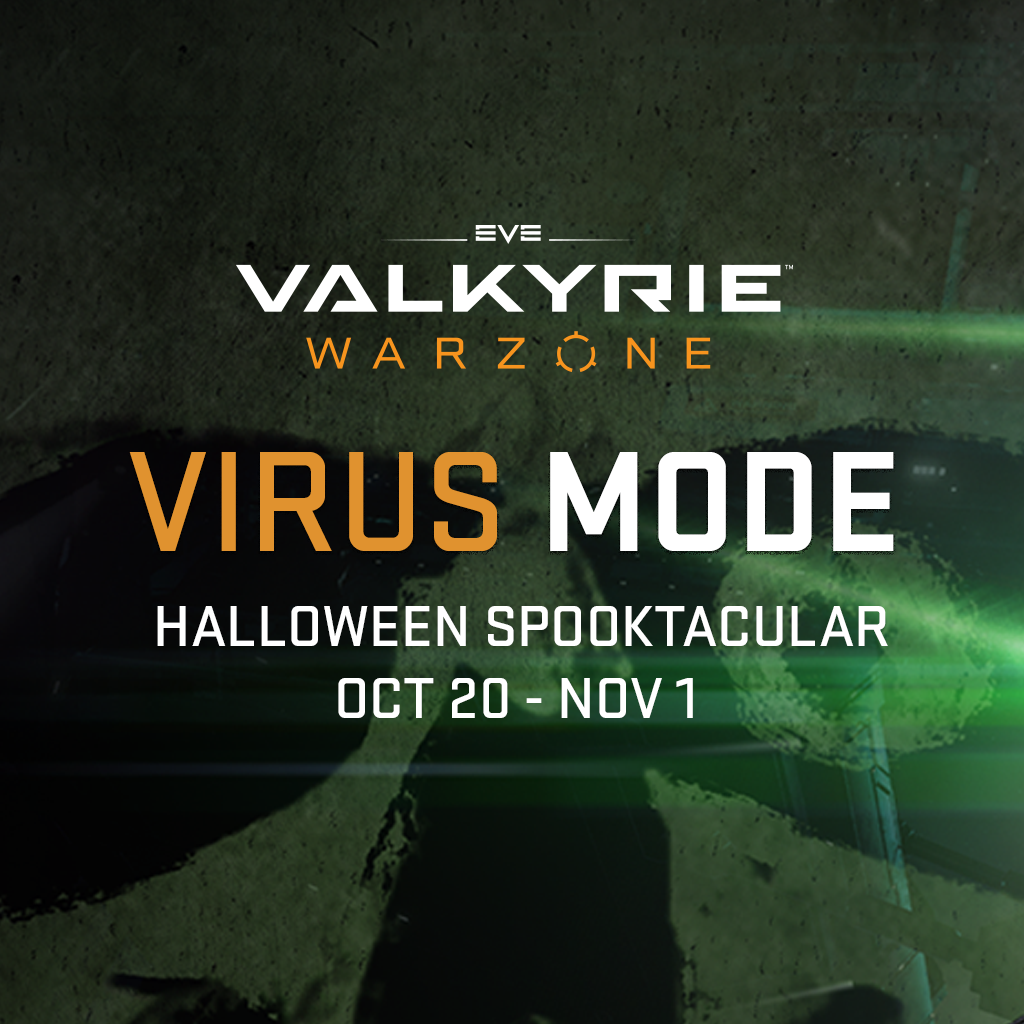 Hello Pilots, I'm CCP BadHorse, a developer on EVE: Valkyrie - Warzone and I'm here to introduce you to our most ambitious Wormhole yet this Halloween period.

Running from 20 October through to 1 November, prepare yourselves for a terrifying fight for survival in… Virus Mode!

As the Valkyrie continue to explore abandoned Drifter outposts, delivering their buried Relics to the Quartermaster, this haunted bounty has come at a terrible cost. Clones have become infected with a deadly disease, losing their humanity and driving them towards a singular goal: spreading the infection. Pilots must do all they can to survive, as death will certainly mean reanimating in an infected Clone. You cannot hide forever, though, as pilots will need to maintain a regular supply of Antidote to keep their current Clone free from the disease.

Virus is an asymmetrical game of cat-and-mouse, as Infected players hunt down and kill the Uninfected, turning them to their cause.

Here’s a breakdown of the gameplay:

Since the match begins with just 3 Infected players, this gives a large number advantage to the Uninfected team. However, as players die they switch to the Infected team, bolstering their numbers and turning the tide of the fight.

Whilst 3 versus 15 might seem like an insurmountable challenge, with the Drifter infection comes the power of their advanced technology. The Infected team are all granted a unique ship equipped purely for this mode - and it has a serious firepower advantage.

The ‘Infected’ ships within the brand new Virus Wormhole are completely unique from anything else seen before in EVE: Valkyrie – the keen eyed veterans among you may recognize the hull and certain abilities from our previous Valkyrie fleet – let us know on the forums if you’ve worked it out 😉

Twisted by the Drifter Virus, the Infected have a powerful arsenal, but some key weaknesses: 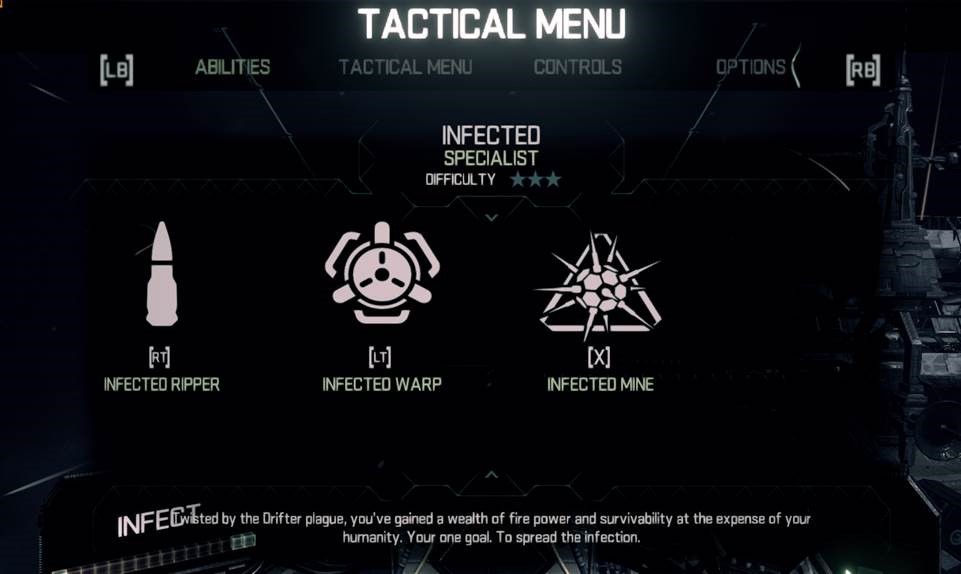 The primary weapon, ‘Infected Ripper’, is a short range Flak-style weapon similar to the Jackal Ripper but with 1 key difference - It's rate of fire is dramatically increased at the cost of a lengthy cooldown, so get close and time your shots well to apply massive damage. New to this weapon is also the concept of permanent damage, where half of all damage dealt by the Infected Ripper cannot be repaired or restored in any way. Know that even if your target escapes, every hit you land will have permanently weakened them ready for your next strike.

The Infected are also equipped with a short range Micro Warp Drive, or MWD, for closing in on your prey along with a powerful mine dropping ability. Use the latter strategically to cut off escape routes and funnel your target towards the rest of your diseased team.

The Uninfected simply must survive for the duration of the match in whatever way they can.

Making this harder is a constantly depleting 'Antidote' bar, which must be replenished by entering exposed locations in the map, locations that are sure to be used as prime ambush spots by the Infected team. Fail to do so and your ship will be destroyed, switching you to the Infected team.

For this first outing of Virus mode – ‘Dawn of the Drifters’ - all uninfected ships will be flying in the Nagi Support ship. As such, fighting the Infected head on is not recommended.

Team up and make use of your Heal Beam to help your team survive as long as they can, and use all of your cunning to sneak around structures using your Self Repair to help you out of any really sticky situations. Remember, the Infected Ripper weapon causes permanent damage to you, so evading fire and staying out of its short range are key to survival.

If all pilots are infected by the Virus, the Infected team wins. Otherwise, the remaining Uninfected have survived and win the day.

Remember, the event will be live in Wormholes from 20 October through to 1 November, so be sure to hop into game and check it out.