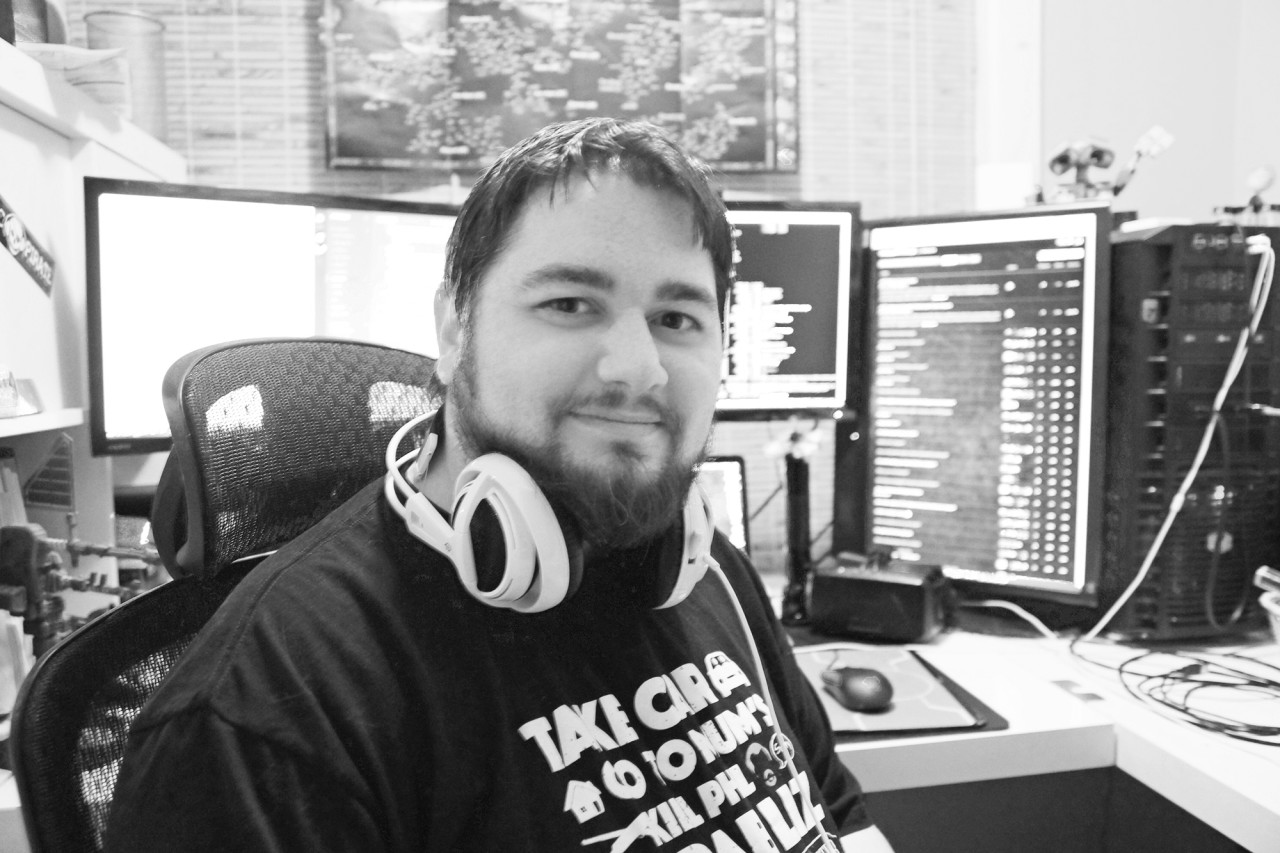 Welcome to our first pilot profile of 2017. For the uninitiated, if you are a fresh-faced rookie who has joined the ranks of the Valkyrie over the holiday period, our pilot profiles are where we introduce the inhabitants of New Eden to some of the best pilots in the galaxy and ask them about their motivations and gaming inspirations.

On this occasion we’re pinging a few questions in the direction of Gigai, an experienced Valkyrie pilot who makes an enormous contribution to the community as the curator of Valkyrie fansite The Crow’s Nest and a wiki guide.

Hi Gigai. Before we go any further, are you any good at shooting people in space?

OK, that will do nicely. Tell us a bit about Gigai the pilot, and the man. Not necessarily in that order.

By day I am a Systems Administrator and Co-Owner of two little devious clones (he means children, we hope – CCP). By night I am a ball of fury waiting to be unleashed upon the netizens of Valkyrie, just as soon as I put my kids to sleep.

On the serious side, I'm a long time community member who was fortunate enough be able to obtain an Oculus DK2 and make it into the Pre-Alpha. When I've got time I am working on a portal and wiki guide with the unfortunate side effect that I have a reduced time in the cockpit.

Are you a gamer by nature? What’s the first game you ever played?

First game I ever played would have to be a toss-up between Pitfall or Tanks, although I cannot specifically remember. I was about three or four when my uncles went up to the attic with a Machiavellian smile on their face and came back down gingerly holding their Atari. They hooked it up to the TV, much to the chagrin of my grandfather, and we proceeded to go through their catalog of games for hours on end.

Pitfall on the Atari VCS... such fond memories. But what of your fave game of all time?

To this day I still have troubles coping with my addiction for Ultima Online. I played for years on the official server, and spent part of my youth selling lumber on eBay. While in college I made the jump to the player community servers after some disagreeable expansions and got my then girlfriend (now wife) into playing it too. At one point she was in charge of over three hundred players for a player town and ran it quite successfully.

To this day I still judge many other games by how it compares. EVE Online is a natural match-up if one were to forward the clock 30,000 years.

Aw, sweet. We’re suckers for a gaming-related love story. Back to the really important stuff though. How did you feel when you first launched into the Valkyrie space?

Like a happy train wreck. My first experience was a bit different, I tried it out when it was first announced at EVE Online's Fan Fest in 2013 in Reykjavik under its original incarnation EVE VR. It was completely unexpected but once they announced it at the opening night ceremony and I had both the tournament and other round tables to see, I stood in line for a long time just waiting to try it. When the lights kicked on and the mag launcher fired up, the back of my throat went dry, my blood chilled, and my skin crawled. My body was in a jubilee of panic while my mind was trying to decide what the first thing I was going to do was. My first thoughts, like many, immediately went to Star Wars and Battlestar Galactica. The look was different but I was feeling like I was in a snub-fighter and all I could do was be the little boy who annoyed his parents with those 'stupid sci-fi movies'.

In one sentence, what would you like to pass on to new pilots?

Roll, boost, tactically break, never keep your head still, and if you want to win, be a team.

It’s a new year. What lies ahead for Gigai and New Eden?

With the start of the new year I've been making an earnest push towards the completion of the first iteration of The Crow's Nest. The reactions from the community and the steady increase in new and returning visitors has been a wonderful source of motivation for working on the site. My goal is to have completed the site in its present form by the end of the quarter and have more time for contributing to the Wiki and a lot more stick time.

I'd really like to see Valkyrie blossom into a platform capable of serious team competition and tournament play, a feature I would like to integrate into The Crow's Nest at a later date. Outside of the New Eden universe I've finally got my first drone, a TinyWhoop racer. It really didn't take long before I felt like I was flying an Accord at breakneck speed through a super-sized playground in space. It felt very much like flying around Shipyard.

Thanks Gigai, you are truly a Valkyrie legend.

If you want to find out more about the many ace pilots we’ve interviewed (and get an insight into other aspects of the Valkyrie experience) skip over to our recently published rookie’s guide to the game and our community.