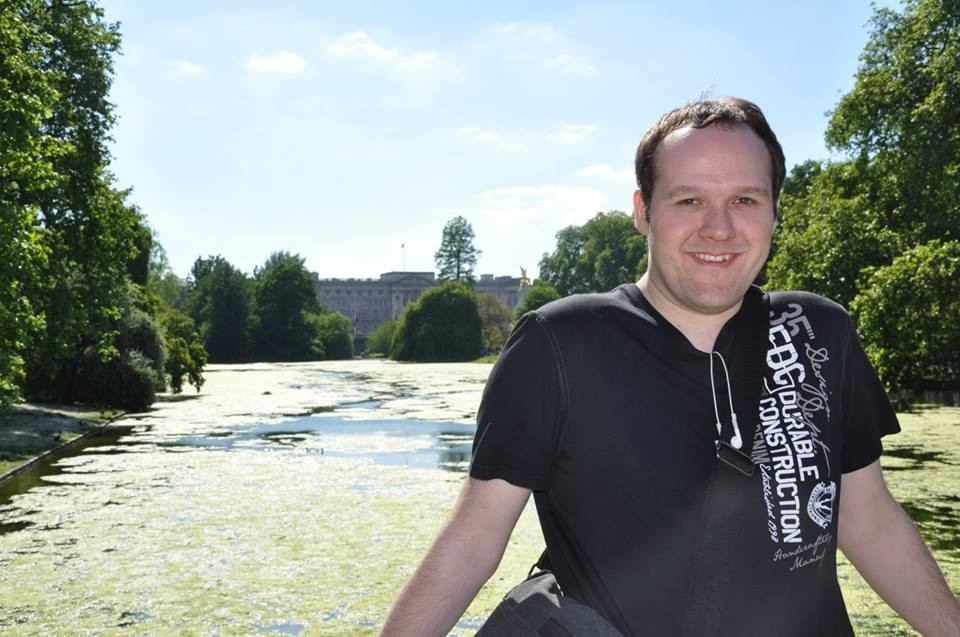 He’s one of the most active members – and best pilots – in the EVE: Valkyrie community. He’s a regular streamer and contributor to the forums and if you ever attend a public event with a Valkyrie presence you’ll almost certainly bump into him. Welcome QuantumDelta.

Given that ‘Quantum’ can mean a tiny physical quantity of radiation, a specified portion or a unit of acetylcholine, which one are you? Oh, forget that… What rank are you?

Tell us a bit about yourself.

I'm a 32-year-old gamer, who loves the industry and the people involved. In gaming, meritocracy tends to be the way things pan out… those who can, do. I like that equality. Everyone is equal and your actions are all that makes you any different from anyone else. Since I found Valkyrie I've been doing my best to bolster the community, either from the front leading the way or from behind supporting others to do just that. I love this game and its community and I really hope it just continues to grow forever.

And the first game you ever played?

Ever? Oh man... Paperboy? Or Hitchhiker's Guide to the Galaxy? It was a text-based game, and it's on the BBC website now! Duke Nukem… Jill of the Jungle. Could be any of these…

Jill of the Jungle, fact fans, was developed by Epic MegaGames, later to become Epic Games, Inc… the people responsible for Unreal Engine 4, the graphics engine on which EVE: Valkyrie is built. Small world.

So, QD, even harder this one. What’s your favorite game of all time (excluding Valkyrie)?

This is really hard to rate these days too. FreeSpace is probably the taker, but Civilization 2. Final Fantasy IX. Deus Ex (I'd have trouble picking one). Mass Effect. Overwatch. This is a hard question! Probably FreeSpace though!

How did you feel when you first launched into the Valkyrie space?

First time I launched off into space as a Valkyrie pilot was at HARPA in March 2015. I'd gone to the event on a whim. A friend of mine, Drechlas, had a spare room and was like, "come see Iceland and maybe check out the EVE thing". I spent as much of the rest of my time there as possible in the Valkyrie hall and didn't really care about much else. That's the kind of effect it had on me, the tingling sensation as you get catapulted down the launch tube never stopped. Now I love being in the dogfights, especially against great pilots.

We have a lot of new pilots on board now. What would you pass on to them?

Have patience, no matter how good you think you are there are better people playing. Don't expect to be good right away, but just enjoy yourself!

Now that there are PSVR and Vive player out there in New Eden, have you noticed anything about them or their style of play?

PSVR and Vive pilots are interesting watches. The PSVR guys will tend to chase a target a little too hard, but they are growing in skill. I’ve definitely seen a few very good ones. Wan5 and I ended up against a squad of PSVR guys a little while back and we really had to dig deep to beat them because of their teamwork.

Some of the Vive guys are getting really good, really fast. The difference between them seems primarily to be whether they're part of the community or not. Being around great pilots seems to rub off on people.

It’s coming up to the holiday season. What does the rest of the year and 2017 have in store for you?

For December, I'm going to try restarting my stream. For me, I've always wanted to stream and put up a good source for Valkyrie content. The main problem is I work rotating hours so one week I'll get home at 7pm GMT, the next midnight, so it's very difficult to make myself reliable for viewers at the moment. You gotta try though, right?

As for 2017… well, that mostly depends on CCP. I'm going to Fanfest in Iceland (that's booked up). Sadly, I can't afford Vegas again but I want to pop up to the Newcastle meet in august.

I’m hoping Valkyrie will kick off VR eSports... I realise that I didn't work on this game, and it's not mine, but considering how much of a spiritual successor this game is to FreeSpace, it really is a dream for me. Naturally, I will support CCP when and where I can.

Thanks QD! We look forward to your continuing support and enthusiasm in welcoming new pilots to the Valkyrie universe.

If you want the insight of other like-minded world-class pilots, be sure to seek out our previous profiles with (in no particular order) Wan5, Rot, GeneralStargazer, SuperKev and Nydwen.