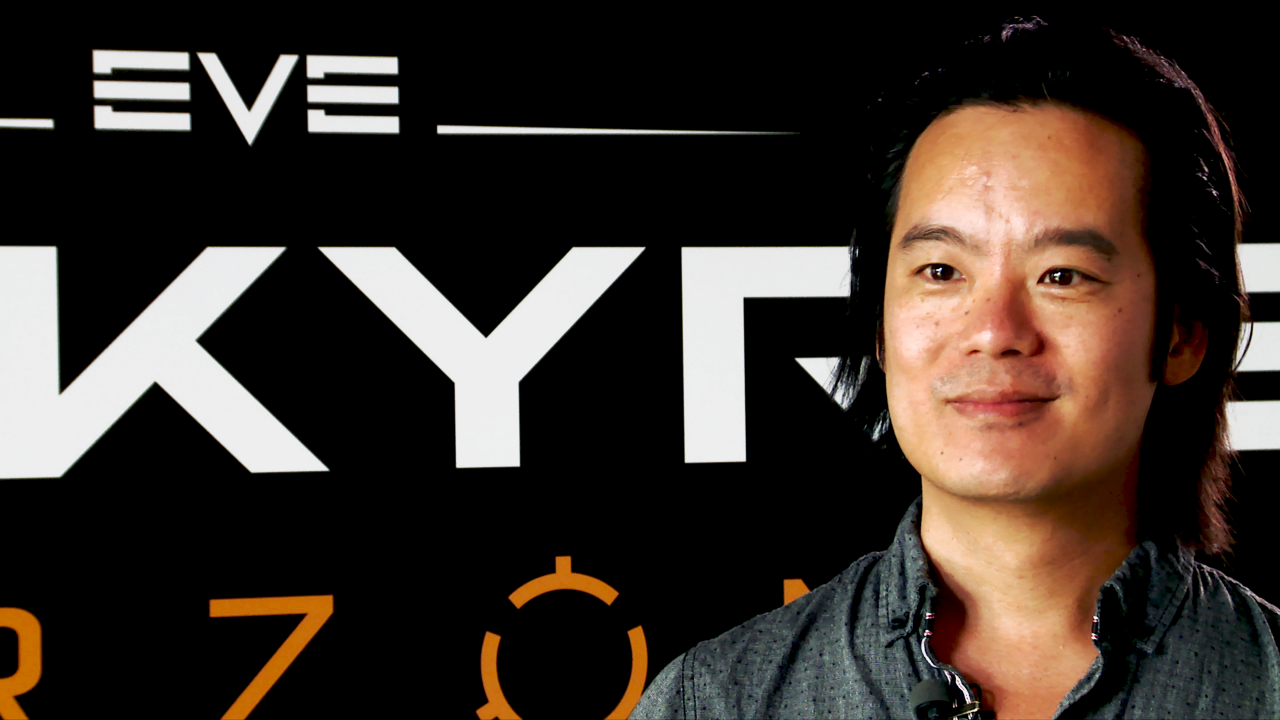 It’s that time again when one of our best EVE: Valkyrie pilots gets dragged out blinking into the spotlight as we fire a bunch of questions at them. This time it’s a chap called SuperKev who, if you’ve spent any time on the Valkyrie forums, will almost certainly be familiar to you. A long-running member of the Valkyrie community he contributes regularly helping people out with his wealth of knowledge and has even produced a guide to the art of dogfighting for us.

Time to find out a bit about the man behind the myth.

Hello SuperKev. Exactly how ‘super’ are you?

Yes, that definitely qualifies as ‘super’. But who is the real SuperKev? Tell us a bit about yourself.

When I'm not playing Valkyrie, I'm a professional commercial photographer from Canada. I specialize in headshots for actors and model portfolios. I also shoot architecture and do a good deal of creative/expressive photography. I've also spent a good number of years performing and teaching long-form improv comedy at festivals and theatres all around the world.

Whaaat? You appear to have a life outside of New Eden… how very dare you! What’s the first game you ever played?

Pong. When I was little, my uncle hooked up the Pong console to a black and white TV at a family get-together. I was spellbound and hooked within seconds.

Holy moly that is going back a long way. So you’ve been gaming pretty much since the dawn of time. What’s your favorite game ever (not including Valkyrie)?

Wow, that's a real Sophie's Choice type question. How do you pick just one game? I love so many games for so many different reasons. Mostly, I love games that push current technology to its highest level, but make that technology transparent to the player so you can focus on the game as a meaningful and memorable experience.

If I had to choose just one, it would be the original Doom. That's the first game that really made it easy to jump into a deathmatch with a bunch of your friends and just frag each other to bits. It's the first game that really sharpened my mouse/keyboard shooter skills. Like Valkyrie, it was easy to learn, but difficult to master. There are so many deeper and more elaborate games out there, but Doom is the first one that fully immersed me in the mad frenzy that is multiplayer gaming.

A fine choice, Sir. We heartily approve. But let’s bring this back to Valkyrie. What were your thoughts when you first strapped into the cockpit?

I was in awe. When I was a kid watching the original Battlestar Galactica in the 70s, I thought the ships launching from the tubes was the coolest thing. Fast forward to today when I get to do that every day in Valkyrie. It literally is the culmination of a childhood dream. CCP really nailed this experience, from the anticipation of systems warming up, to the shudder of the ship hooking up to the catapult, the rush of speed and sound in the launch tube, transitioning to the sudden silence of space. Perfect!

That seems to be a commonly held view. Before we say goodbye, what would you like to pass on to all those lucky new Vive pilots who are only just getting to experience Valkyrie for the first time?

Valkyrie is best experienced with friends, so get online and introduce yourself to the community!

Thanks for that SuperKev. Just be careful not to confuse your day job with your pilot status and end up accidentally ‘shooting’ a fashion model with a Gatling gun rather than a camera. Haha! See what we did there?

Don’t forget to check out SuperKev’s superb guide to the art of dogfighting if you want to get ahead of the competition in New Eden.