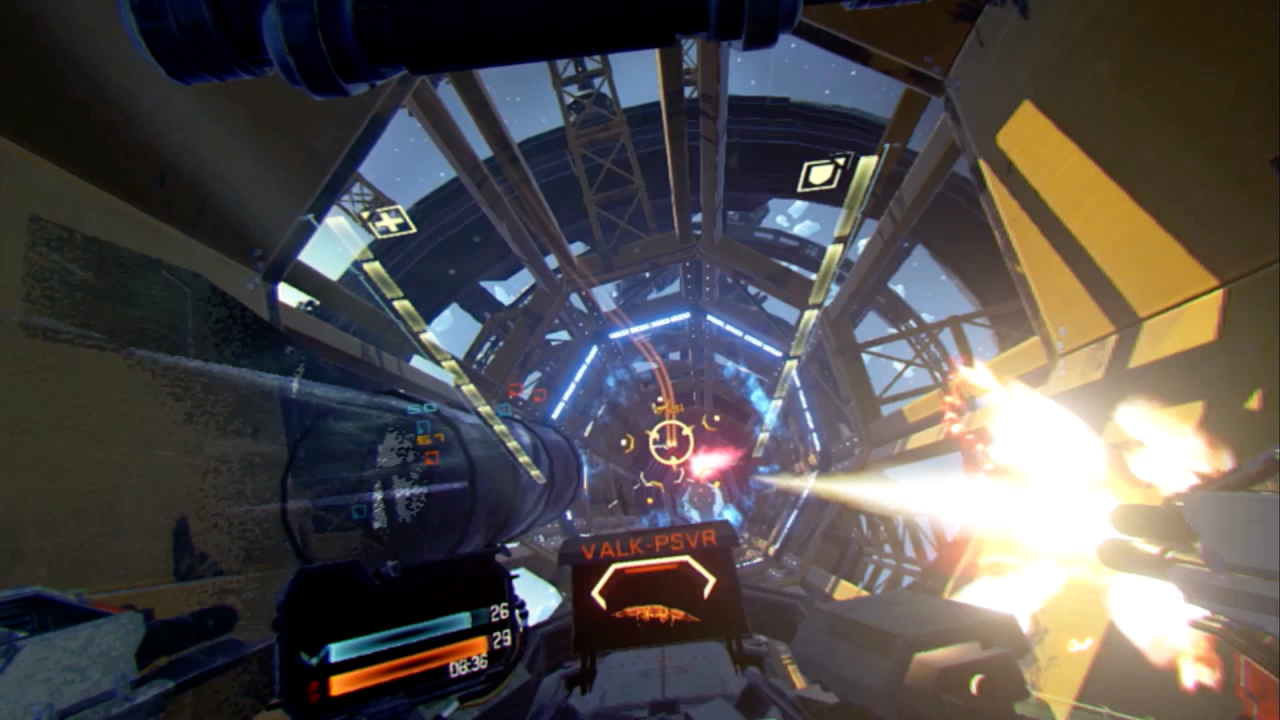 EVE: Valkyrie’s latest map, Gateway, is proving to be something of a hit with the pilots of New Eden. If you’re new to the game you might want a few tips on how best to exploit this complex and deeply satisfying environment. We asked ace Valkyrie pilot General Stargazer to give us the lowdown on taking on the Gateway map with fighter class ships.

The stage is yours, General.

The Gateway Map – An Overview

When the Gateway map was delivered to us I was excited for several reasons. Firstly, because I love the lore and backstory from New Eden and the trailer the map featured in made me wonder what the Echoes would reveal! When it arrived, I wasn’t disappointed. The first thing I did was load up the map on Scout Mode to have a listen to the Echoes/story that concerned this battleground, a new ‘hypergate’ that was under construction in an iceteroid field. How awesome is that!? As a fighter pilot and EVE Online player a few words triggered my excitement.

Stargate – Gates in EVE Online are big structures, normally quite complex in design, meaning lots of places to dodge duck and dive where big ships won’t be able to chase me!

Under Construction – Under construction also means lots of space scaffolding, meaning lots of line of sight breaks! Who needs ECM to destroy incoming missiles when you can navigate scaffold and get the missiles off you the old-fashioned way

Frostline – More ships, probably miners, but more ships. Yay! I’m a massive fan of what I’ve come to call ‘Dynamic Action’ maps (I don’t know if CCP have an actual term, but that sounds good to me). These are maps like Shipyard, Forge and to a lesser extent, Necropolis where ships are moving through the map while you’re playing. They add an interesting dynamic, cover that is essentially moving constantly, or alternatively, a nice trap for an unsuspecting pilot that can be lured into a flight path and kept distracted, or at the opportune moment, EMP’d to get ploughed down by the incoming ship.

Ice Asteroids – Come on, this is too cool not to mention. Everyone knows what an asteroid looks like, but New Eden has ice belts. I was so hyped to see these come to Valkyrie. I initially hoped that they’d be reflective/refractive as I thought that this would have introduced an interesting dynamic, but instead they were opaque material, still very cool to fly around at high speed.

Gateway as a fighter pilot is easily my favourite map. It's a bit of a dream for anyone who loves evasive flying like myself.

The orientation of the stargate on this map is primarily vertical, with three nodes along the primary gate on the map. Points A and C at the furthest ends of the stargate are fairly clear of any scaffolding around them and, better yet, have boost gates going from one end to the other. This gate is essentially a one-way portal at each end that will take you about 80% of the distance required. So, you can’t boost to one end and immediately turn and take the gate back. You still have a small distance to cover before you can turn and re-enter. This also makes it handy if you want to take the gate then hold down the brakes as you approach the center and go for the capture on point B.

One thing to be aware of is that the warp tunnel is virtually a clear line of space from one end of the map to the other, so if you have incoming fire that you need to dodge, you’re going to have to navigate through the scaffolding that makes up the tunnel, otherwise you'll have a hard time evading anything!

One other thing to consider, especially if you are near the tunnel at point B, is that incoming ships have right of way! Anything that goes through the warp gate at either end is going to (potentially) be traversing at such a high velocity that it may take you, or both of you, out at the same time. Remember too, that steering at high warp speeds is more nudging than turning, so where possible, I’d recommend avoiding fighting in the center of the tunnel!

There's a lot of cover around point B. There's a lot of scaffolding and it's also the best place to enter the gate rings. There are many areas on this map that are solid on one side and scaffolding on the other with small triangular holes that are typically big enough for fighters and support to get into, but heavies have to align themselves reasonably well to enter. These are great places to run if you think you’ve got more capacitor than your opponent. Yes, they are fairly tight to get into and once you're in, there's not much you can do in the way of moving around inside, but they are a constant curve so you can break line of sight pretty quickly and achieving a firing angle on a ship that's constantly banking isn’t the easiest thing to do, not to mention impossible for missiles guidance systems to kick in.

Towards the main body of the warp tunnel there are several overlapping solid parts to the stargate. These are very well suited to the flat nature of fighters for moving through. Missiles and heavies again have a very hard time in these areas and will typically be waiting where areas open back up into empty space instead.

Point B is your best bet to encounter the wandering Primae ships on the map. If you're caught exposed on the outside in the open space, keep an eye out for one for some handy cover. If there's a lot of incoming fire between your carrier and the stargate they are useful as cover to get you over to the main stargate and into the scaffolding network.

Point B is also where the warp gates exclusive to Carrier Assault are closest to, so after capturing this point, it's normally pretty easy to move out of the main structure, hit a warp gate and get right on top of the target carrier!

Cover around point C is fairly sparse. There is some scaffolding, but it's probably the most exposed of all the points. It’s one of the points that seems to attract the most heavies awaiting to commence pounding a fighter before it can reach cover. I’d recommend just visually inspecting the area before you attempt to go for capturing this point. Hug the structure as best you can to throw off any heavies and then move in when you think you’ve got a good attack angle or approach on the point.

Point A features dense scaffolding meaning lots of great places to duck and dive in and out for taking the point. Stick to the yellow scaffolding to once again break line of site as best as you can. Also, depending on how the fight is panning out, you can redirect the action to the nearby iceteroids. They are great fun to fight around and have holes in them in some spots that you can zip through to adjust the direction of a fight.

In Team Deathmatch, the majority of the fight tends to happen around where point B is on the map, as it’s typically where both sides gravitate to and clash at the start. Depending on how the initial engagement goes, it normally then moves to the open space between the carrier and the structure. Only if someone does a runner does it end up moving to points A and C… Some pilots just have to go for using those boost gates!

Gateway is one of the maps I’d really recommend having a good look around on Scout Mode. There are some really great spots in which to hide as well as duck and dive.

It’s also great to grab your ship of choice and practice moving in and out of scaffolding. With enough practice you can do it at higher speeds to really evade anyone chasing you!

A big thank you to General Stargazer for the sort of solid-gold expert advice we’ve come to expect from one of the best pilots out there.

If you want to know how best to handle the heavies on the Gateway map, warp over to pilot Nydwen’s in-depth guide.