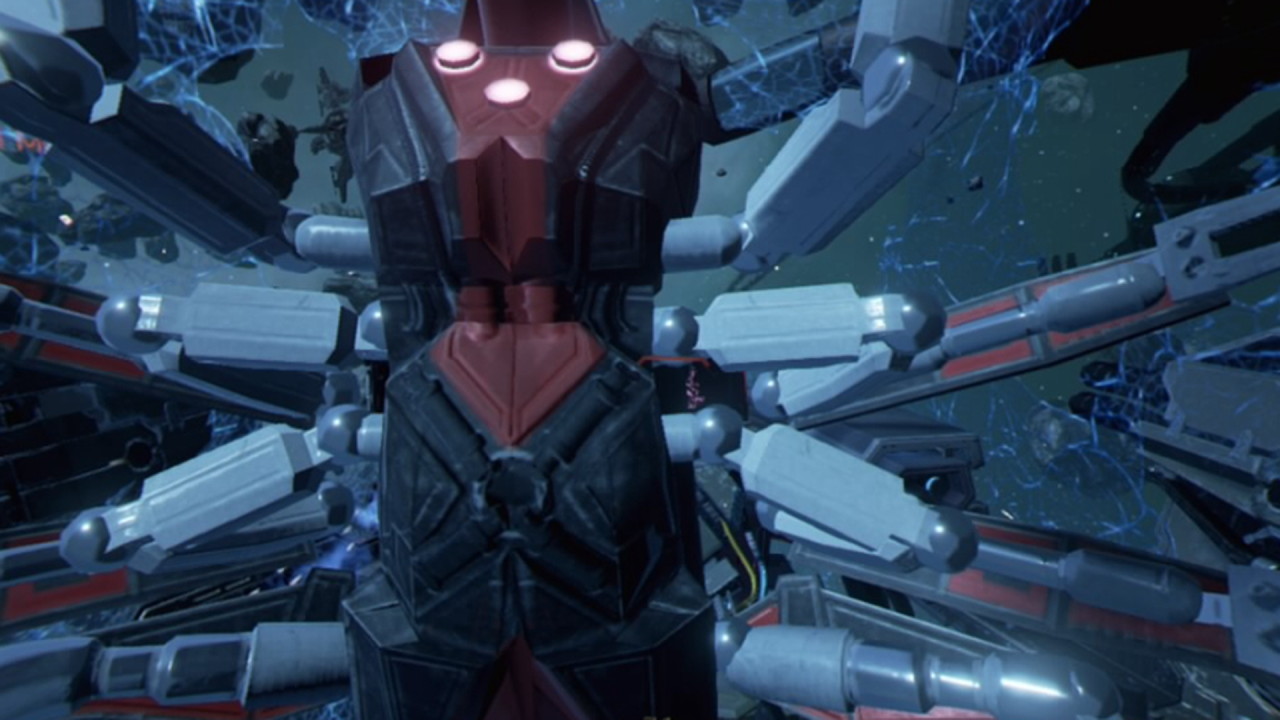 Sometimes the cosmos throws us a curveball that ends up being awesome. The fact that the moon and sun are of such a specific size and distance from Earth that it results in regular and spectacular eclipses is purely accidental, but what a happy accident.

Likewise, in 1928, a serendipitous accident led scientist Alexander Fleming to discover penicillin in a stinky pot of mould… a drug that would go on to save countless millions of lives.

While not on quite the same scale, a quirk of EVE: Valkyrie’s developmental process is providing significant amounts of joy to pilots across New Eden.

You know that moment when you’re low on armor, on your last legs, and you inadvertently fly into a cloud of the enemy’s Spiderbots? It normally ends in a humiliating death by freezing.

Occasionally, though, quite by chance, the Spiderbots break through your cockpit window and seemingly attach themselves to your face in a quite alarming fashion. It’s a bit like being attacked by a facehugger from Alien, but without the subsequent benefit of giving birth to a Xenomorph.

It’s a rare event, for sure, but we do have documentary evidence that it happens.

The main image above was captured by MitkkoUK and perfectly illustrates the terrifying phenomenon.

Also, you might want to check out support pilot Anska’s experience right here.

Have you had your fizzog fondled by a Spiderbot? If so, head over to the forum thread and let us know about it.