Three Ways to Instantly Up Your Game 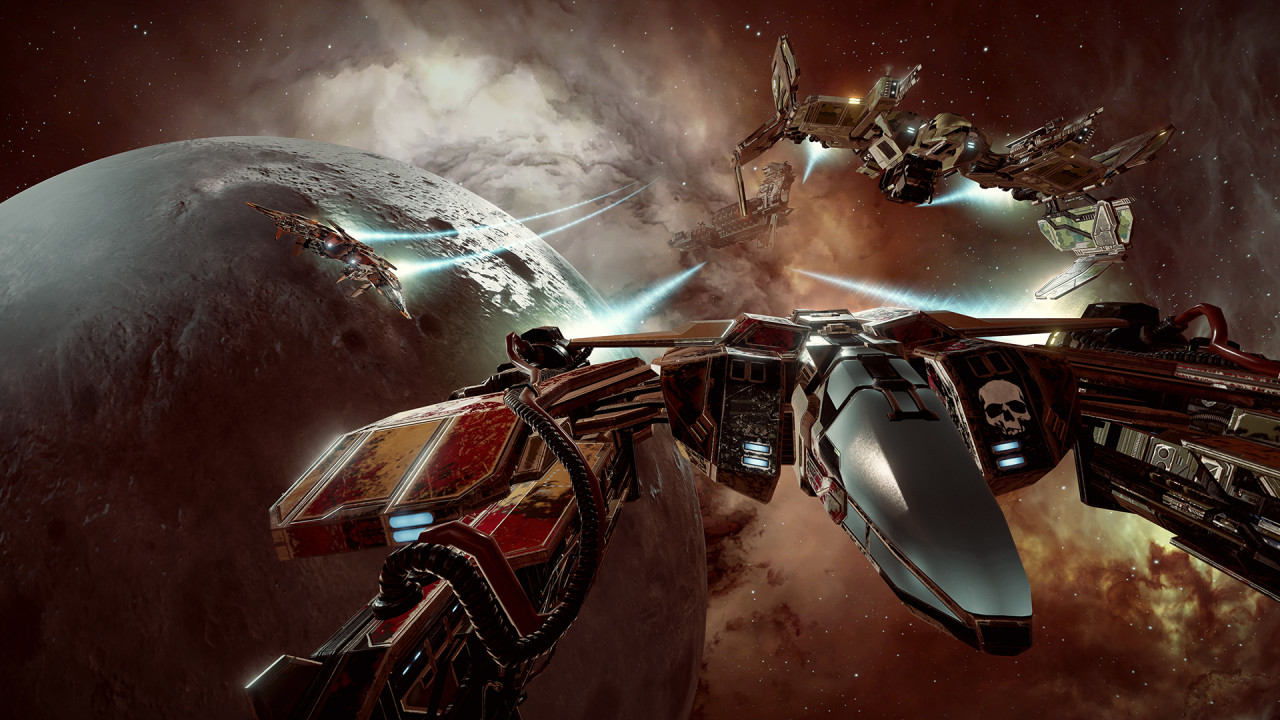 Welcome rookies. Are you keen to make your mark in the EVE: Valkyrie Universe? Are you thinking you can’t wait to show your friends and foes what you’re made of? If you wanna commit the crime without doin’ the time, follow these three, possibly foolhardy, steps.

OK, so usually we would suggest you check out the training modules, use the single player Scout Mode to learn the maps, play the Recall missions to find out about the Valkyrie backstory and fire up your weapons in the Test Arena. But we’re going to go against all that sound advice here.

If you have an impulsive personality and simply want to get on with the job of blasting your enemies out of the sky and levelling up, head straight for the online multiplayer option. This is, after, all what Valkyrie is fundamentally about. Be warned, if you go in unprepared you will suffer many ignominious defeats, but at least in the trying you will pick up some experience along the way and more quickly unlock the Heavy and Support class ships when you reach levels three and five respectively. It ain’t a pretty route to take but you can always go back and hone your skills in the tutorials later if that’s what floats your boat.

2. Talk is NOT cheap

There’s no better way to progress quickly in Valkyrie than to learn from the experts. You might think we are the experts… and without wanting to blow our own trumpet too loudly we are pretty knowledgeable so by all means explore our video tutorials and official guides in order to better yourselves. But we would also urge you to get stuck into the Valkyrie forum threads. You’ll find a treasure trove of like-minded individuals who not only have lots of things to say but enormous amounts of sage advice to impart. The best place to start is the new player hangar which gives you access to guides and tips and offers you the opportunity to hook up with other folks who have recently joined the ranks of the Valkyrie.

As a PlayStation VR gamer you have a unique opportunity to get involved in the Valkyrie experience. Using the PlayStation Party system you can use voice and text to communicate with other Valkyrie players. All you have to do is create a PlayStation Party, head into Valkyrie, select the Squad menu and invite friends and frenemies to join you in your endeavors.

It’s dead easy to get started, but there are a few steps to getting everything up and running so be sure to take a look at our guide to voice comms and squadding and you’ll be buddying up in no time.

So there we have it. Three ways to quickly make your mark in New Eden. In closing, we should, as responsible co-inhabitants of the galaxy, advise you to fly safe, take your time and build your reputation step-by-step, but who are we to judge? Just get out there and enjoy yourselves.

See you in the next life!