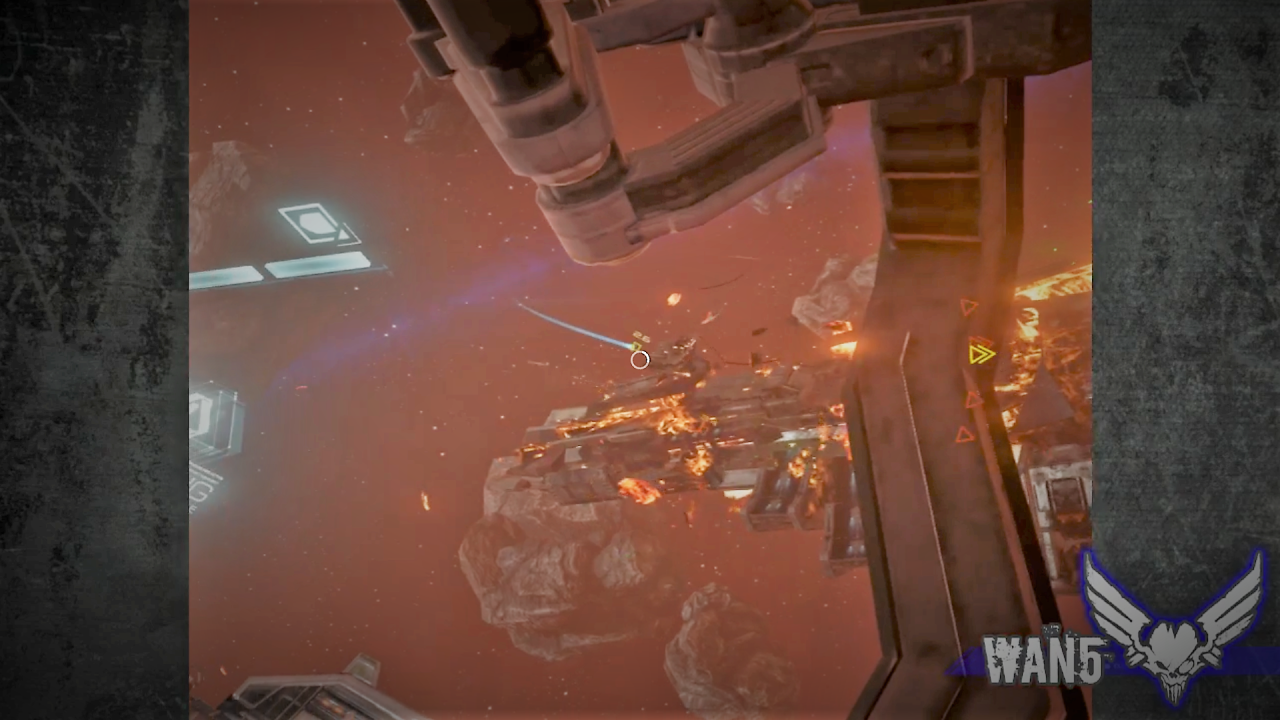 A substantial part of what makes EVE: Valkyrie such a joy to be part of is the passionate and active player community that has built up around the game. As we rush headlong into 2017, we wanted to share with you some of the amazing video contributions our pilots have been making since the game’s launch.

To all you new pilots who have joined us over the holiday season, we would like to say ‘get involved!’ If you take the time to capture screens and videos of your amazing adventures in New Eden, then we will occasionally showcase them for the whole community to enjoy.

The Rot Sets In

If you want to become a top Valkyrie pilot it’s a good idea to learn from the best. In this short but oh-so-sweet vid, one of Valkyrie’s best pilots, General Stargazer, captures the moment when Rot, another of the game’s top talents, pulls off a spectacular long distance Micro Warp Drive ram.

Carrier Assault matches can turn into drawn-out wars of attrition, but in this clip ace pilot Wan5 and friends take down a carrier in under three minutes. Something for us all to aspire to, as you’ll no doubt agree.

The YouTube vid above was posted by General Stargazer, but if you want to see the original Twitch.TV footage from Wan5 himself, you can find it right here.

Not our finest hour. Take a look at this compilation in which ROBOT takes great delight in repeatedly taking down our very own dev pilots CCP Redcape and CCP Roo. It’s still a difficult watch for us.

They Are the Champions

General Stargazer captured all the action from the final of this year’s Tournament of Champions at EVE Vegas 2016. It was there that team Invaders saw off the opposition to lift the trophy and take home some lovely loot in the form of a GeForce GTX Titan X GPU for each team member. Good work! Moreover, an excellent demonstration of how it’s done.

To round things off here’s a vid from Down To Earth Astronomy, a YouTuber who is into everything to do with space. As a big former player of EVE Online, he introduces rookies to the joys of EVE: Valkyrie before pulling off 14 kills in a Team Deathmatch bout. Not a world record, granted, but well worth a look.

We hope you enjoyed some of the video highlights of 2016 and we look forward to watching more of your spectacular battles over the coming 12 months.