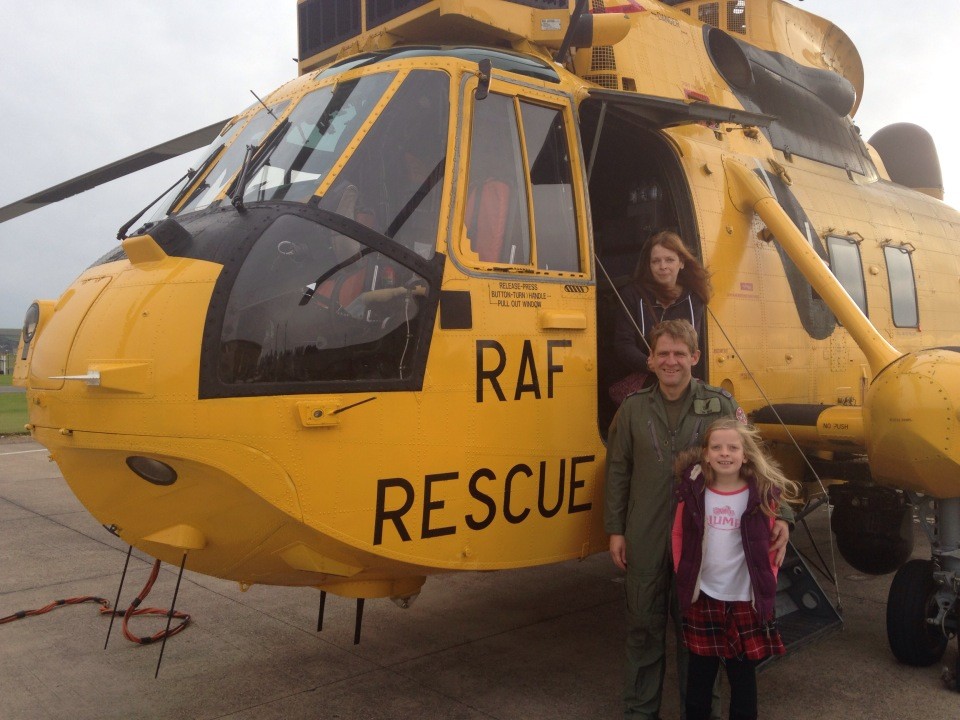 As December is now in full swing we thought it a good time to pluck another victim from his day job and place him in the role of a Valkyrie pilot. The reason we are doing it is to find out if that person’s real world career has prepared them in any way for space combat. Or it could just be because we like to see novices flailing around in a confused panic. 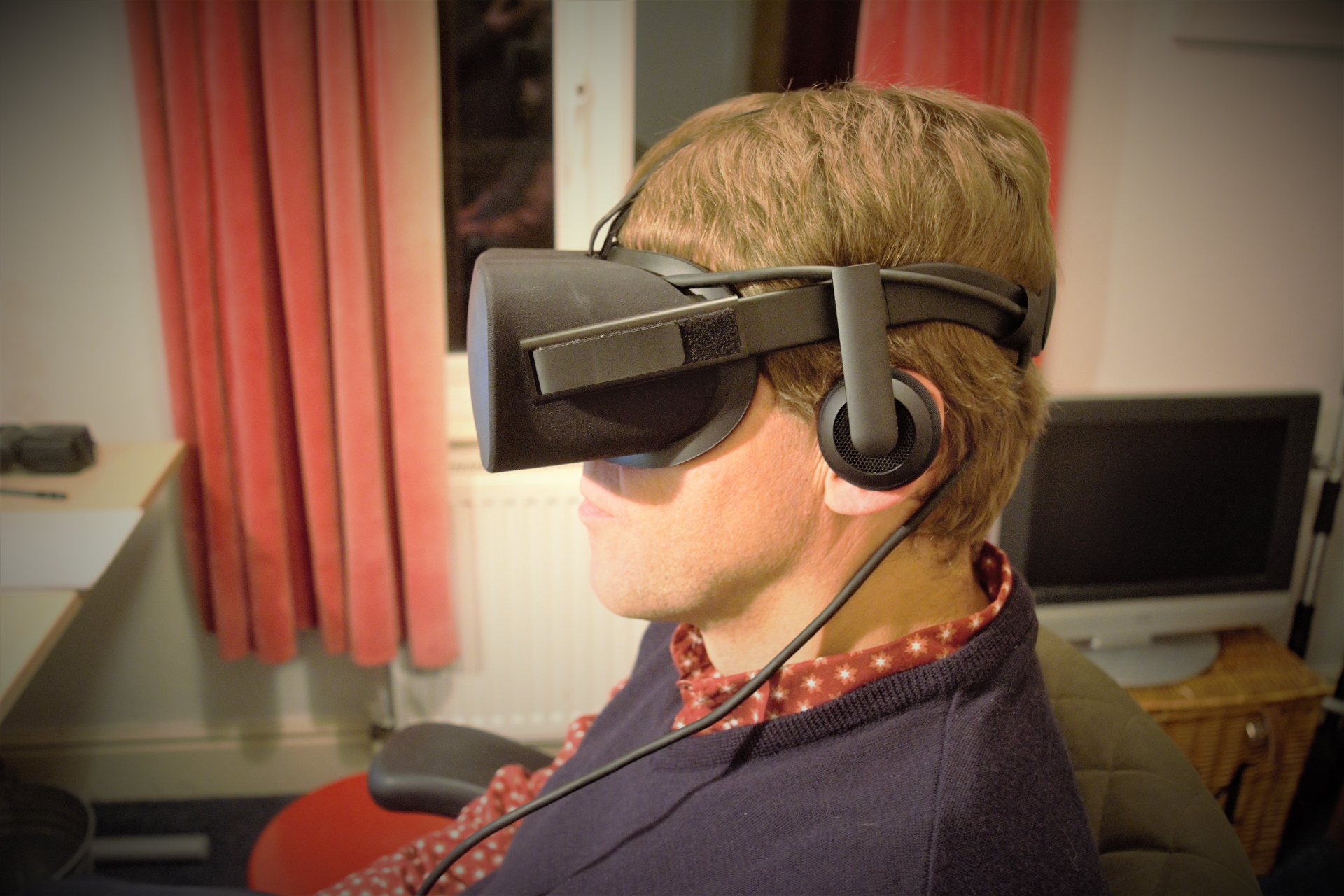 Hello Tim. Tell us a bit about yourself. What’s your day job? My job at the moment is that I advise on the courseware for the military flying and training system. There’s a little bit of virtual reality used in that, actually. My former career is that I was in the Royal Air Force for 31 years as a helicopter crewman.

Do you play videogames? No. Not at all.

Any experience of VR Gaming? Not games, no but VR is used in basic air crew training for the rear crew members to simulate an airborne environment and exercises including winching and stuff.

Winching and ‘stuff’. An intriguing technical term there. So, Tim, any thoughts on your imminent involvement in space combat? I’m looking forward to it. I’ll give it a go anyway. I just hope you get something good from it. I’m pretty useless at this sort of thing.

In which Tim exchanges his winch for a weapon and launches into New Eden for the first time.

CCP: OK Tim. You’re all set. You are about to experience your first launch.

At this point Tim’s wonderment causes him to fall silent for an awkwardly long time and we have to poke him with a metaphorical stick to make him chat to us a bit more.

Tim: It’s really, really good. Really intense. I’m just trying to get the hang of the controls… Can you change the controls I’m…

CCP: Bit different than a chopper isn’t it Tim?

Tim: Yeah, it is a bit. On the helicopter, you have a lever to pull to go up and down and then a joystick for direction.

CCP: Think of it more like a plane. But in space. With no gravity.

It’s about now that Tim, convinced he has got an enemy in his sights (he hasn’t), gets a little more animated.

Tim: Is that an enemy there? I just need to roll out. I need to orient myself… Come on you (expletive deleted). It’s very easy to get lost in the virtual world, there’s an awful lot of stimulus going on. I just want to get towards one of these fighters here…. Ah I can see one now.

Tim: It’s tricky to get hold of them. It requires a lot of concentration. This could become very addictive, couldn’t it

CCP: It could indeed Tim, but we need to move onto your next challenge.

In which we throw Tim, rather unfairly in hindsight, into survival mode to see how he fares.

CCP: OK Tim, there should be a bit more action this time around.

Tim’s second launch seems to excite him even more than the first.

Our man is so impressed he’s not actually travelling anywhere.

CCP: Don’t forget your boost Tim, and the left stick to manoeuver.

Tim: Where are the enemies?

Tim: Now I see them.

Tim: Ah, I’m getting used to turning to fight them now.

It’s not good. Tim has died. However, he’s laughing about it. In a good way, we think.

In which we give Tim a support ship to carry out a bit of rescue work in space.

CCP: OK, Tim. We’re sending you out in a support ship now so you can help out your fellow pilots, which should be fun.

Tim: Fun for who?

He has a point. What follows is a lengthy explanation of how support ships work and nods sagely after every instruction. He looks confident about this one.

CCP: So, this is more like your air sea rescue job, helping out others.

Tim: I should be more successful at this one then. I need to get away from this large structure.

Tim fails spectacularly to get anywhere near his own teammates and after a few brief moments another frozen clone is littering space.

Tim: I need to have another go. I just want to fight someone.

We put him back in a fighter.

Tim: Whoa! It’s all kicking off now. I feel like I want to get away from the big structures to get some free space to fight them in. Ooh, did I get one then?

CCP: Ummm…. Yes, we think you probably did.

He didn’t. We lied. However, there is a sort of bittersweet ending to the tale as Tim finally gets some decent hits in on an enemy before both he and his quarry explode simultaneously.

Kills: One, sort of.

How much did the participant’s career choice benefit him, or her in becoming a successful Valkyrie pilot? We hoped his years of winching people out of the sea might give him a little edge with a support ship but alas it was not to be.

Tim’s Verdict: It is amazing. Really good. I’m not much good at it but I can see how it could get really addictive.

Thanks Tim. We’ll let you get back to training some real airmen now. o7

Be sure to check out our previous Job Swap with a former WW2 bomber pilot. And if you want to know more about support class ships, we have a guide for you.