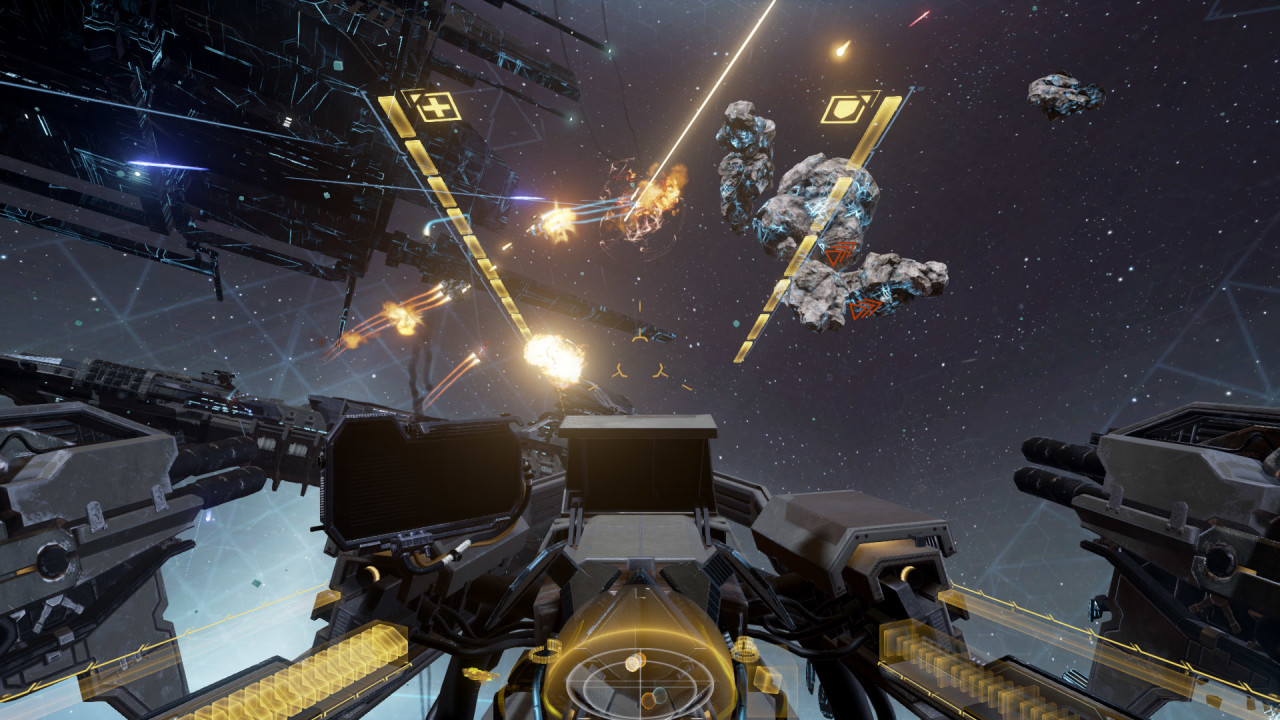 When it comes to reaching rank 50 in EVE: Valkyrie there’s no substitute for getting stuck in and battling your way to glory. But it’s a long and hazardous path as no doubt some of you newer pilots are beginning to discover.

You can, however, improve your game even when you’re not playing by catching up with some of the Valkyrie community’s more active members who regularly livestream their gaming activities just so that folks like you can watch live and learn from their expertise. Pretty cool, right?

If you’ve been browsing our archive of articles you’ll be aware that we occasionally catch up with some of the world’s finest Valkyrie pilots to find out a little bit more about them and what they’ve been up to. Only recently we have run pilot profiles on General Stargazer, Rot and Wan5, for example. These are some of the most experienced pilots in New Eden and so enthusiastic are they that they regularly broadcast live to other players via website EVE_NT’s TV channel.

EVE_NT is a portal for fans of the EVE Universe to get together and find out about upcoming events but it also hosts live broadcasts in conjunction with online streaming service Twitch. Every week you can find well-known Valkyrie pilots imparting their wisdom directly into your eyeholes.

If you tune in at certain times of the week you can pick up all sorts of valuable advice. General Stargazer’s Tutorial Tuesday broadcast takes place every Tuesday between 19:00 and 20:00 (GMT). On Wednesdays, in the same timeslot, you can watch the activities of Wan5, currently ranked the world’s number one Valkyrie pilot.

If you want to know when you can catch any upcoming EVE: Valkyrie broadcasts be sure to bookmark EVE_NT TV’s schedule.

If it’s less about getting gaming advice and more about staying ahead of the game in terms of the latest EVE: Valkyrie news, we do, of course have our very own CCP channel on Twitch. Head over and you’ll see we regularly update the feed to alert you to any upcoming events that we’ll be livestreaming. At the end of October, for instance, we ran several broadcasts from the amazing EVE Vegas event where our very own Andy Willans (Lead Game Designer on EVE: Valkyrie) staged a brilliant presentation on the making of Valkyrie on PSVR and announced the upcoming release of the game on HTC Vive.

We get it. You can’t always be around for the live event. There’s an important game of monkey tennis on another channel and that EVE-themed festive sweater ain’t going to knit itself. Fortunately all is not lost. Not everything that we broadcast sticks around, but when we’re not live streaming our events, you can still check out some of our previous output. Just click the videos tab on our Twitch channel and you can find a whole slew of vidz from past events. Of particular interest might be that presentation from Andy Willans we mentioned. It took place on the second day of the EVE Vegas event and you can find it at about the 37’30” mark:

In addition, search for EVE: Valkyrie on Twitch and you’ll find a few gems from other contributors there too. Cardinal Syn, a member of the Valkyrie team Phantom (who were runners-up in the recent Tournament of Champions in Vegas) is a regular streamer and you could do worse than to check out his recent action-packed ‘Explosions’ vid streamed from PSVR.

So, now there’s no excuse not to fill every waking moment of your life with all things Valkyrie, whether actually playing the game, tuning into the live streams or sifting through the video archives.

Check back regularly with us both here and on our CCP Twitch channel and we’ll keep you up to date with all the exciting upcoming live content we have planned.

Remember… “Fly together, watch TV together”, or something like that.