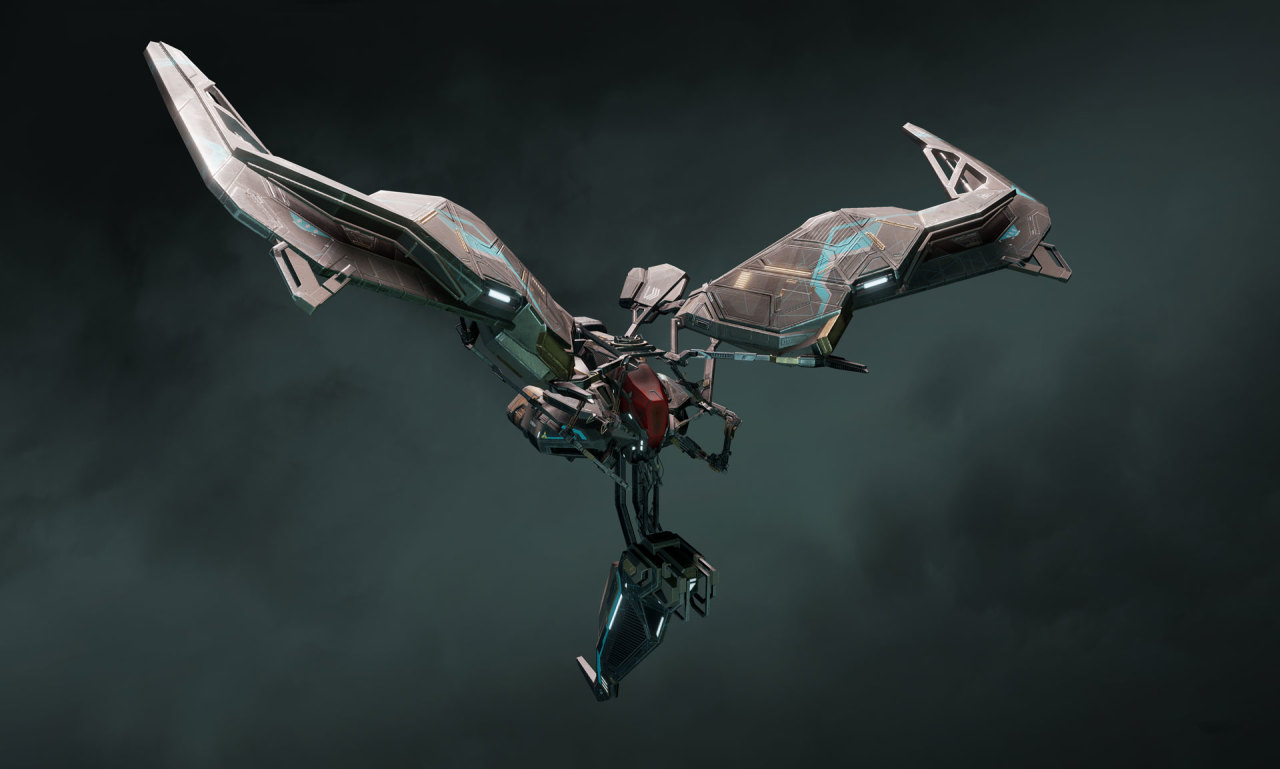 EVE: Valkyrie – Warzone is so close to release now that we can barely think straight. Just one more sleep until you can get your hands on all the thrilling new stuff that this epic new expansion has to offer, and finally fly into battle with all your VR-less friends. (Need to convince them to get in on the action? Point them here!)

We've already brought you up to speed with the three main ship classes on offer – the punchy Assaults, the mighty Heavies and the sophisticated Supports – and now, finally, it's time to reveal Warzone's brand new class: Covert. We say class; right now there's just one Covert ship, and that's the Shadow.

A stealth ship with low shields and armor, the Shadow's packed with Drifter technology that makes it both unique amongst the Warzone fleet and devastating in the hands of the right pilot. Built to reward guile, finesse and cunning rather than straight-up shooting skills, it's a whole new Valkyrie experience. So whether you're a fresh-faced rookie or a grizzled veteran, you're going to need to pay attention while we explain its cutting-edge weapons and systems.

The Shadow might be light on armor and shielding, but it can pack a punch with its Plasma Beam. It'll fire off four high-energy shots in rapid succession, or you can charge it for a few seconds and let loose a more powerful blast, and you can start charging it again while it's in cooldown so that you're set to fire again the moment it's ready to go. Sounds good? It gets better; it's a hitscan weapon, so there's no need to keep track of a lead-reticule in the heat of combat; just aim straight at whoever you want to scorch with a portion of plasma pain, and fire for an instant hit.

The Shadow's secondary weapon is just the thing to help your team out if you find yourself being dominated by an especially skilled enemy veteran. Aim this at them and they'll be marked for around ten seconds, during which they'll take increased damage and be a lot easier to deal with; just be careful who you aim it at, because this weapon takes a while to charge back up and you don’t want to waste it on a soft target.

This is where the fun really starts for Shadow pilots. You might be extra-vulnerable out there in the unforgiving vacuum of space with your low shields and armor, but this weakness is totally balanced out by your incredible cloaking device. It does exactly what it says on the tin: turn it on and you become invisible for 30 seconds. That's long enough to get well away from a particularly dogged enemy and recharge your shields, or to fly right into the middle of an enemy formation and drop your Ultra on them – more on that in a second.

Be aware, though: if you fire your Plasma Beam or use Mark Target you'll instantly drop your cloak, however it charges quickly so you'll soon be ready to vanish again. Cunning pilots will opt to pick the right moment mark an enemy, then immediately start charging their primary and hit them with a full blast before they've even been noticed. And watch out for the Corvus: you're perfectly visible to its sonar, and cloaked or not you can still be stunned by its Silence ultra, so be careful out there.

Oh yes, that Ultra we mentioned earlier. The Shadow's Violent Whisper gives you more bang for your buck than anything else in the Warzone armory; drop this mighty nova bomb then get the heck out of Dodge before it explodes and watch the devastation from a safe distance. It boasts an absolutely massive blast radius, so anything caught in the Violent Whisper's inferno is basically toast.

See you in the Warzone

So there you have it, a whole new ship, a whole new way to play EVE: Valkyrie, and a whole new set of tactics and strategies to try out in combat; we can't wait to see what you do with the Shadow when you finally get to climb into its cockpit. Catch you on the other side in the Warzone, and in the meantime, fly safe.